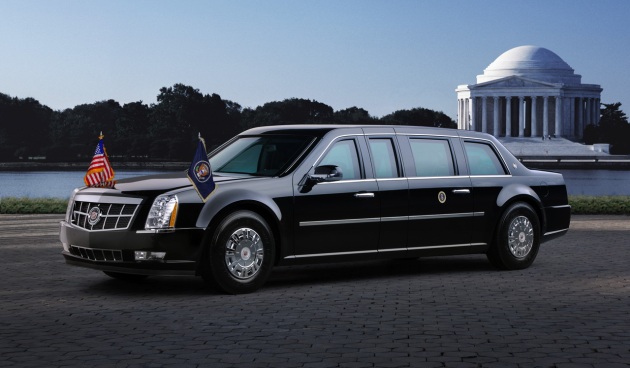 President Obama wanted his motorcade to be as environmentally friendly as possible. To that end, he requested his presidential limo be a hybrid. That’s nice of him. Unfortunately, the Secret Service said, “Um, no. That’s not going to happen, sorry.”

The deal is that the Secret Service needs the president’s cars to be as sturdy as possible in order to keep him safe. We’re talking reinforced to such a degree that the car ends up weighing twice as much as a standard issue limo. (We can’t have the president riding around in a Land Glider, can we?) A hybrid engine, as good as they are nowadays, simply couldn’t handle all that added weight. So, regular engine it is!

President Obama did say, however, that just because his particular car wasn’t a hybrid doesn’t mean the entire Federal Government’s fleet couldn’t be:

Government purchases an awful lot of cars for all kinds of things, you know we’re — I think we’re the biggest — I’m assuming we’re the biggest car purchaser, maybe — maybe Hertz is bigger, I don’t know. But we’re big. So we are using our purchasing power to help encourage the clean car industry.

I don’t think there’s anything controversial with this story, but you never can tell these days.