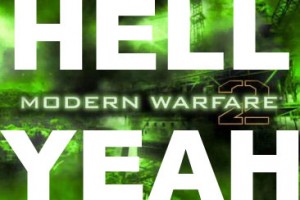 Here’s another one to file in the “Duh” cabinet. Although at least one person resisted its siren call, that didn’t stop millions of war-crazy gamers from buying Modern Warfare 2’s Stimulus Package map since its release last week.

Now, it was no big secret that it would sell like gangbusters (in spite of that $15 price tag), but the real figures probably have Activision execs seeing stars. According to a recent press release, sales have shattered Xbox Live records for downloadable content: 1 million people downloaded it within 24 hours, and more than 2.5 million copies were sold within the first week of its release. We here at CrunchGear would like to offer our most sincere congratulations to all parties involved, but seriously, can we get more than 5 maps next time?