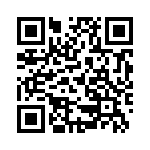 Last December, Google joined the myriad other companies that offer link shortening services with the launch of Goo.gl, the official Google URL Shortener. Today, it’s gotten a nifty new feature: add “.qr” to the end of any shortened link, and Google will generate a QR code for it. For example, the link http://goo.gl/SJhz would become http://goo.gl/SJhz.qr. The new trick was tweeted about earlier today by Google’s chief spam fighter Matt Cutts.

Google has made it clear that it’s a big proponent of QR codes, despite the fact that few people in the United States have used them (I’ve never felt compelled to use one myself, but they’re huge in Japan). QR codes are currently the only effective way to link to an app on Android Market, and Google has mailed QR code stickers to thousands of local businesses across the country (it lets customers quickly look the business up on Google’s business directory). Facebook is also experimenting with QR codes for its location services.

For those looking to try out the new feature, the Goo.gl homepage still says that the service is “currently available for Google products and not for broader consumer use”, but it’s plenty easy to start using it yourself. It’s officially available through Google Toolbar and FeedBurner, and you can also find various bookmarklets and browser extensions that let you generate a Goo.gl link.