Can gamers be treated like shoppers—get sliced, segmented, and targeted? A year-old startup with offices in New York City and San Francisco called Turiya Media is building a business around applying data mining techniques to social, massive-multiplayer, and mobile games to help game developers figure out which players are the most valuable. As more free-to-play games become the norm and selling virtual goods becomes the way to make money, game companies are relying more and more on a small fraction of players (typically 1 to 3 percent) paying to level up or for that shiny new virtual sword. Finding that 1 to 3 percent of players or getting more to pay for virtual goods can have a big impact on game revenues.

“Every interaction with the customer is a chance for the game company to make or lose money, or gain or lose customers,” explains Turiya founder and CEO Chethan Ramachandran. His background is in using predictive algorithms to identify online fraud for information security companies. WIth Turiya, his team is applying similar techniques to predict player behavior based on what they’ve done in the past and their style of play. Each player is segmented into one or more of 15 different groups, including collectors, explorers, social gamers, competitive players. Depending on the game, different kinds of players might be more likely to purchase virtual goods, and thus be more valuable. 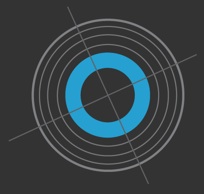 Turiya’s game analytics also tries to predict the lifetime value and revenue curve for each player. If the player is likely to stick around a long time, it is probably not a good idea to bombard them with offers to buy virtual goods every five minutes. If they are only likely to play a few times, then that might be the best way to maximize that player’s revenue potential. Turiya looks at everything each player does in each game, tries to understand what motivates them, and who are the big spenders.

One of the techniques Turiya uses is basic product recommendations based on what similar players bought. But there is a difference between the data ecommerce sites like Amazon look at and what Turiya studies. “The problem with ecommerce is that it is hard to figure out behavior,” says Ramachandran. “They look at shopping behavior. We look at how people act.” Well, at how their game characters act.

The more that online games rely on selling virtual goods, the more demand there will be for Turiya’s game analytics. Game developers can also use the data to for game creation and adaptive games that change features based on the player. They could also use the data to try out A/B testing of different features on different types of players to learn what works the best. It could also give rise to more virtual product placement within games. Brands could sponsor virtual items and target them to particular types of players. Imagine an Energizer battery a player could place in a laser gun to make it last longer or a pair of Levi’s jeans to dress up a character. Energizer would probably be better off targeting competitive players, whereas Levi’s might want to target social players.

Turiya was founded in March, 2009, and raised a $1 million seed round last December from FirstMark Capital, Metamorphic Ventures, Accelerator Ventires, and TriplePoint Capital. The company is still in private beta, but it won the best startup prize at last month’s Game Developers Conference. It plans to come out of private beta in the second quarter.