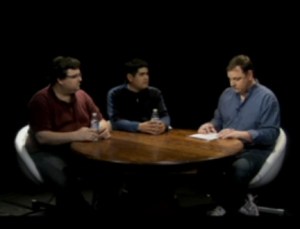 When Reid Hoffman and David Sze of Greylock stopped in the office last week, they offered some advice for any entrepreneurs feeling emboldened by the recent surge in Web valuations: Just because you can get it doesn’t mean it’s a good idea.

If a valuation is bid up too high, future rounds are a challenge and a company can be opened up to downrounds that squeeze out common stock—typically the shares held by the people actually building the company. Angel investors can also get squeezed out in downrounds, since many of them don’t invest along a company’s entire life-cycle and that could be bad for future relationships.

There are other subtle ways a nose-bleed valuation can change a startup’s culture. It was, after all, at the time of Facebook’s $15 billion Microsoft valuation that the company suddenly went from David to Goliath, opening itself up to that Harvard lawsuit and the attentions of mercenary employees and other types of gold-diggers.

The natural caveat here is that VCs have a vested interest in telling you to keep your valuations low—they get a slice of your company for cheap. But a good many entrepreneurs swear by this rule too. As Hoffman says below, “You want to plan for the entire length and history of the company.”

We end this clip with some more tough love advice for those pitching Greylock: If you’re comparing yourself to existing hot companies, you probably don’t have a new enough idea.