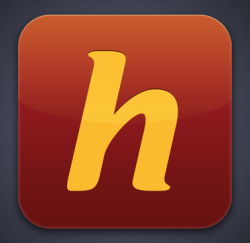 Yahoo has built a number of applications for the iPhone (and even a custom one for the iPad already), but with all the buzz about location-aware services they haven’t yet felt the urge to optimize its own Upcoming service for the mobile platform.

Enter developer Nik Fletcher, who has spent about a year developing one dubbed Happening to “scratch his own itch”. Version 1.2 is available in the App Store right now (iTunes link).

It’s essentially the Upcoming app Yahoo should have built – and at the very least they should have made it easier for the man to develop it for them.

With the tagline ‘Nearby Events in your Pocket’, it’s easy to guess what the app is all about: it accesses the wide range of events listed on Upcoming, and lets you look up events nearby based on your location or simply by searching the database.

Once you authorize the app to access your personal Upcoming settings (which took an awfully long time in my experience), you can also use your iPhone or iPod touch to browse your saved events, RSVP to them in-app, see what your friends are planning to attend and more.

The app costs $1.99 in the U.S. App Store – we should note Yahoo offers a mobile-optimized website for Upcoming too.

Fletcher also told me an incredible story about his dealings with Yahoo to get the app cleared and live. Rather than recount the story, here’s his version of the facts:

So, in August last year (!) I decided to release the app publicly and dropped Yahoo an email (via their Developer site) requesting commerical API access for Upcoming. I heard nothing, however a friend put me in touch with someone at YDN. After chatting with YDN, they couldn’t find anyone at Upcoming to approve my use of the API – however aluded that they wouldn’t have a problem with me using the API – and confirmed the number of API requests per day I’d be able to use.

Towards the end of last year, noticing an increase in activity from Yahoo on Upcoming, I contacted them again and didn’t hear anything. I chased it again, and was able to make contact with their Community Manager. She mentioned their API request limit (half of that previously mentioned), however said that going forward if that was an issue we could discuss the rate limit. At any rate, they haven’t objected to my building the app and releasing it commercially. The only concern now is the API key hitting its (rather low) rate limit of 5,000 requests per day :)

Makes me wonder how Yahoo is going to act if the app becomes a major hit. If at all.

(Full disclosure: I’m a partner in a company called Oxynade, which has developed a similar solution for looking up nearby events from your iPhone (iTunes link), albeit mostly for events going on in Europe – the majority of events listed on Yahoo’s Upcoming are in the United States or the UK. You might want to give both a whirl.)