Mobile gaming publisher SGN’s new iPad EXO-Planet app is specifically designed to exploit the iPad’s new capabilities. While some game developers are merely converting the iPhone apps to the iPad format, the multi-player EXO-Planet is trying to elevate the shooter game experience by giving the player access to eight camera angles with a single spin of the finger.

“The key breakthrough is that in first-person shooter games, the view is limited, which will make you dizzy on small platforms, but Exo-Planet has eight cameras running in real time,” says SGN Founder and Executive Chairman, Shervin Pishevar.

It’s unclear whether EXO-Planet will match the success of previous SGN iPhone games, like Skies of Glory, iBowl, SGN Golf and F.A.S.T., but it presents the coolest version of Capture The Flag hands down. Screen shots below.

The first phase of the game takes place in a futuristic training ground for elite forces. Players leap and zoom across the zero-gravity futuristic space, outfitted in “Juggernaut EXO-suits”— hefty metal space suits. In the training phase the objective is to capture the other player’s (or team’s) flag. As the press release explains: “Players compete in three-minute matches or can win the game by being the first team to capture three flags from the opponents.” As you play, you will accrue currency called Scrip that can be used to improve your suit or buy new weapons.

The eight-camera-perspective creates a very seamless viewing experience. In addition, if you are trying to look past your fighter, the character will briefly appear transparent to maximize your line of vision. Pishevar says SGN will use some of these visual tricks in upcoming iPad games, but he declined to share specifics.

The controls are also pretty intuitive. Your right hand controls the camera angles, zoom, and your shooting device. Your left hand controls your movement; drag your finger the direction you want to move and tap to jump. The app, which can be a one player, one-on-one, or two-on-two (using 3G/WiFi connectivity), is currently available on iTunes for a one-time charge of $6.99. 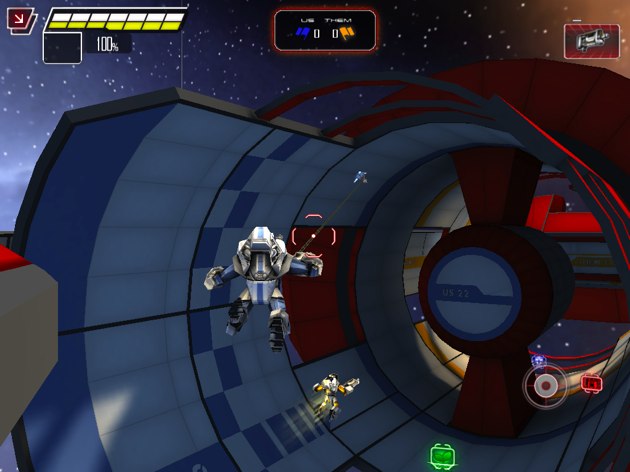 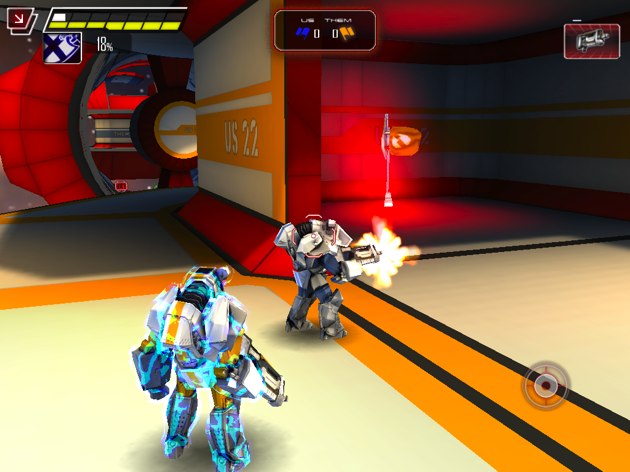 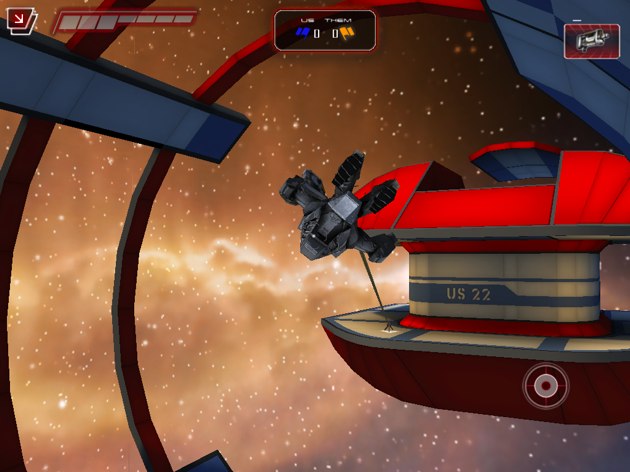