Vidyo, which specializes in video conferencing technology, has closed a big round of financing. The company raised $25 million in a Series C round led by Four Rivers Group and joined by prior backers Menlo Ventures, Rho Ventures, Sevin Rosen Funds and Star Ventures.

This brings the total amount of capital invested in Vidyo to $63 million since its founding in 2005 – its last round totaled $15 million and was closed a little over a year ago.

Vidyo says it will use the additional capital to expand its sales and marketing efforts for its desktop and room-based HD multipoint video conferencing systems. 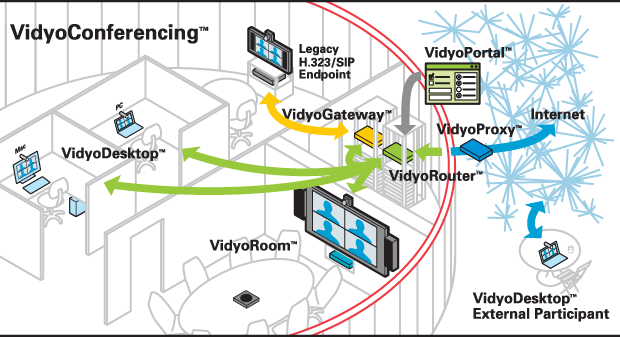