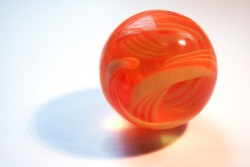 Two separate reports were released this morning, both bringing upbeat news of increased exit activity (M&A, IPOs) for venture-backed companies in the first quarter of 2010.

We take a look at the most important findings for both the Exit Poll report by Thomson Reuters and the National Venture Capital Association, and Dow Jones VentureSource’s assessment of IPO and M&A activity in the U.S. during the first three months of this year.

Q1 2010 according to Dow Jones VentureSource:

– Eight U.S. venture-backed companies raised $711 million by going public on U.S. stock exchanges, matching the number of IPOs that occurred throughout 2009.
– It took companies that went public during the first quarter a median of 10.4 years and $156 million in venture capital to achieve liquidity.
– This is more than the median 7.9 years and $32 million in capital it took for companies to reach an IPO in 2009.

– The quarter ended with nine venture-backed IPOs and 111 M&A transactions.

– There were nine venture-backed IPOs valued at $936.2 million in the first quarter of 2010 quarter of 2009, more than double the amount raised during the fourth quarter of 2009.
– Of the nine IPOs in the first quarter, eight were trading at or above their offering prices as of 3/31/2010.
– Three of the eight IPO exits for the quarter were in the Biotechnology sector, accounting for a total of $310.5 million.
– Forty-three venture-backed companies are currently filed for an initial public offering with the SEC.

– 111 venture-backed M&A deals were reported for the first quarter, 31 of which had an aggregate deal value of $5.6 billion.
– The average disclosed deal value was $180.2 million.
– This marks the biggest quarter for overall number of venture-backed M&A exits since records began in 1975.
– The information technology sector led the venture-backed M&A landscape, with 81 deals and a disclosed total dollar value of $2.3 billion.
– Within this sector, computer software and services and internet specific companies accounted for the bulk of the targets, with 35 and 26 transactions, respectively, across these sector subsets.
– Deals bringing in the top returns, those with disclosed values greater than four times the venture investment, accounted for 45 percent of the total in the first quarter of 2010.
– Venture-backed M&A deals returned less than the amount invested accounted for 31 percent of the quarter’s total, on par with total in the previous quarter.