This Saturday, Apple will be releasing the iPad to the masses, and you can be sure that one of the first things people will do when they get their hands on the device is explore what awaits them on the App Store. For anyone who regularly uses Google Docs in the workplace, one of the most appealing apps is likely going to be Memeo’s Connect Reader, which will allow users to download and natively view all of their Google Docs files on their iPads. We got a sneak peek at the free application, which will launch the same day as the iPad.

The application allows users of any Google Docs account (be it normal or Premiere) to automatically download and store their Docs, which they can then view using the iPad’s document viewer that’s been integrated into Memeo’s app. The viewer supports a range of popular formats, including Office, Apple’s iWork formats, and docs created in Google’s online editor (which are downloaded as HTML to preserve formatting).

So why is this important? First, given the current battle waging between Apple and Google, it’s unlikely that Apple would even approve a Google-made Docs app at all.  But Google Docs is popular enough that it would be unwise for Apple to ban the service from the iPad entirely — users would just make the jump to the upcoming Google tablets.  Memeo thinks that it and other independent third parties are well positioned in the current situation, as they’ll be able to provide services to bridge this gap.  It’s also worth pointing out that Steve Jobs allegedly sent an email stating that the iPad would support importing Google Docs to the iPad through iWork or iDisk.

We last wrote about Memeo in January, when Google started allowing users to upload any type of file to Google Docs, effectively allowing them to use it for online storage. Memeo was one of Google’s preferred partners for the launch, and their desktop sync software has already been adopted by 40% of Google’s enterprise customers (defined as companies with 1000+ seats). 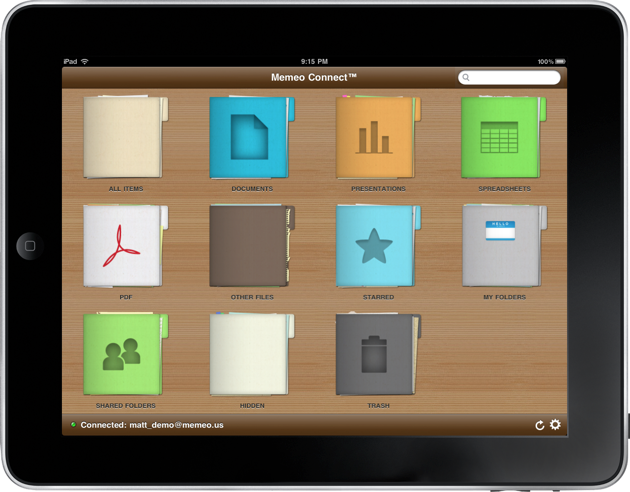 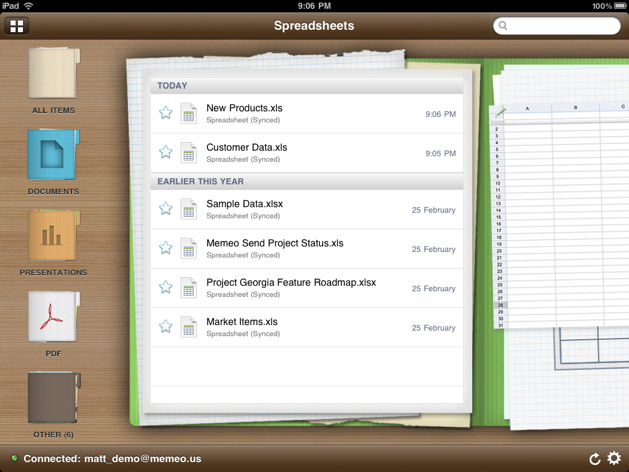