There is obviously a lot of excitement around the iPad. Kleiner Perkins is doubling its iFund to launch more companies around the new device. And everyone from existing iPhone app developers and media companies is rushing to create iPad versions of their apps. As the screenshots leaked to us below show, you can add Gowalla to that list. I’ve confirmed the screenshots are real with CEO Josh Williams.

But why would you want geo-location check-in app on a huge iPad. It’s bad enough to have to pull out your iPhone every time you enter a restaurant or some other public gathering place. Pulling out the iPad will be much more conspicuous.

The bigger screen, however, does open up new possibilities for seeing calling up full menus at a ballgame, for instance, or photos that other people uploaded to Gowalla from that very same spot. A bigger screen is just better no matter what the app. Will Foursquare launch on the iPad as well? 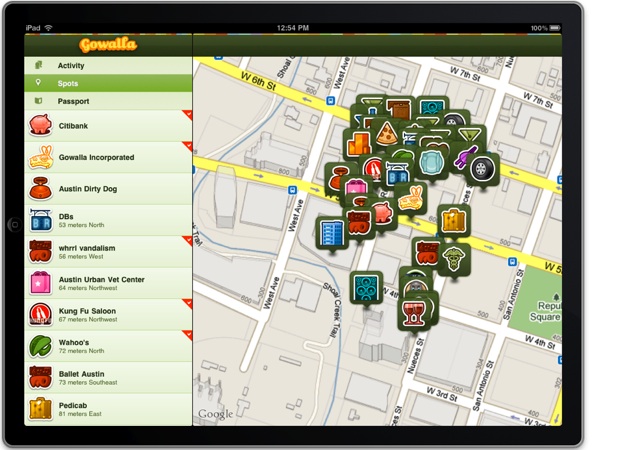 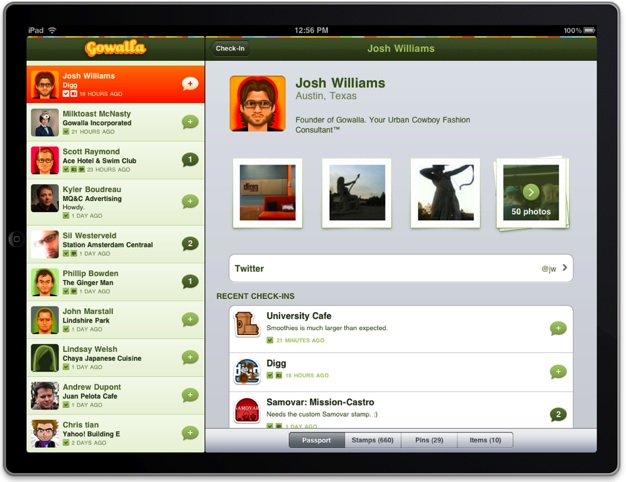