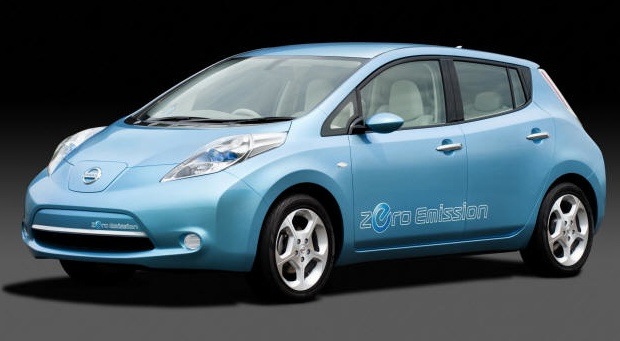 The price of early adoption is well-known. Just talk to all the people about to receive iPads… in six months, when they release the iPad Video. Electric cars have it just as bad. The EV1 was aborted, the Tesla is expensive as hell, and pretty much everything else has such low production numbers that you could call them limited editions.

The Nissan Leaf and the Chevy Volt are the front-runners for the first generation of popular, affordable electrics. The Volt’s predicted price is somewhere around $32,500… not exactly a bargain buy. But Nissan just revealed that the price of its electric will be a comparably reasonable $25,000.

You’ll need to buy the $2200 ($1100 after gov’t rebate) charge adapter (oy, accessories) with the Leaf, and at 100 miles per charge, it can’t go quite as far as the plug-in hybrid Volt, but for city driving, the Leaf could be the easy choice. If you’re counting the pennies, you should consider what electricity costs in your area — here in Seattle we’ll probably have public charge stations, and our electricity is dirt cheap to boot, but we’re an exception. The charge should cost “less than $3” according to Nissan, which puts it a ways in front of gas (assuming $3 and 30mi per gallon), but only time will tell whether the 100mi/charge estimate really works, and whether the car is any good to begin with for that matter.

I look forward to finding out. I wonder if it will make a UFO noise?