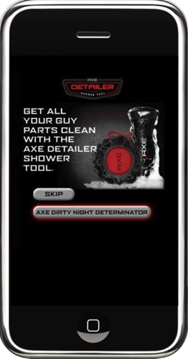 Although the iPad apparently lacks Flash, that doesn’t mean that rich media won’t be able to function on the device. Yesterday, we heard that Brightcove will stream video in an HTML5 video player as opposed to a Flash unit. And today, Greystripe is announcing that it will be bringing its rich media iFlash ad units to the iPad in May.

Greystripe has been allowing advertisers to use Flash-like technologies in their iPhone advertisements for some time now. The network essentially takes ads created using Flash and transcodes them to run on the iPhone and now the iPad. The technology changes the nature of the Flash ads on the front end but the rich media ad behaves the same way. Greystripe claims that its “iFlash” ads see higher clickthrough rates than even online campaigns, with average CTRs above 1%. And Greystripe says that its mobile iFlash ads increase awareness of a brand and intent to purchase, watch or recommend a particular brand. Brands using Greystripe’s mobile ads include HP, Burger King, Axe, Dunlop and LeapFrog.

But the real question is if advertisers see better CPMs (cost per thousand impressions) with Greystripe’s ads than its competitors, such as AdMob or Quattro Wireless. To our knowledge, Greystripe’s CPMs fall into the same range as AdMob’s.

But Greystripe has continued to make its rich media ad offerings more appealing and attractive to both developers and advertisers by extending support to various devices and even launching a guaranteed CPM program. The company also partnered with Tribal Fusion to enable online ads to fit on iPhones seamlessly.

It’s unclear how Google’s acquisition of AdMob and Apple’s acquisition of Quattro Wireless will effect the other ad networks in the space. If anything, these networks will now have to compete with two of the largest companies in the world. But Greystripe, which received a $2 million infusion from NBC last year, could see its stock go up if its pseudo-Flash ads seem to perform well on the iPad