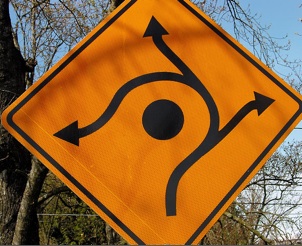 The pending $30 billion merger of Comcast and NBC-Universal is going to complicate things for Hulu, the second most popular online video site after YouTube. Hulu is a joint venture between NBC, News Corp/Fox, and (since last year) Disney/ABC. It was created by the TV networks as a counterweight to YouTube, a safe place where they could run their full-length TV shows online with their own ads.

Comcast, however, is championing TV Everywhere, which is an entirely different model for professionally-produced Web video. TV Everywhere is going to put TV channels online behind a paywall where only existing cable subscribers can watch them. Once Comcast owns a part of Hulu, there will be more pressure to put parts of Hulu behind a paywall as well.

One knowledgeable industry source speculates that “Comcast will push Hulu very hard to become an authenticated destination for TV Everywhere.” If that happens, Hulu could end up offering less free content and more premium shows. In this scenario, there will be a two-tiered system. Some shows will be available for free, but a larger selection will be available only to paying cable subscribers.

TV Everywhere will work on a federated model. Comcast might have its own TV Everywhere portal, giving its subscribers access to many of the channels they get on their TVs. But individual networks can also set up their own online video sites available only to “authenticated” subscribers. HBO Go is an example of one such federated site. Hulu could set up become another authenticated site, offering the TV Everywhere fare only behind the paywall.

Ever since the Comcast-NBC merger was announced, questions have swirled about what will happen to Hulu and free TV on the Web. While NBC says it “has no plans to remove the kind of shows currently offered over the Internet on an ad-supported basis,” both NBC and Comcast refuse to guarantee that current or future TV shows will be available for free online.

Media companies in general seem to be backing away from Hulu. For instance, Viacom recently pulled two of the most popular shows from Hulu, The Colbert Report and The Daily Show. Now the prospect of a two-tiered Hulu may confuse things even more for consumers.