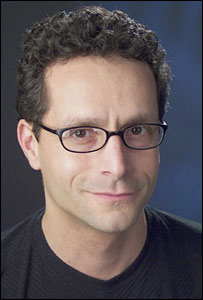 Last night dozens of entrepreneurs and investors met up in Palo Alto for Startup2Startup, a program founded by Dave McClure and Leonard Speiser that’s meant to help new entrepreneurs connect with their peers, and perhaps meet some potential investors. Each month, Startup2Startup invites a seasoned entrepreneur or tech executive to speak to the attendees; this month’s guest was Google VP Product for Google Apps Bradley Horowitz, who is charged with managing a big chunk of Google’s services, including Docs, Gmail, Calendar, Voice, and more. We’ve embedded the full video of the talk below.

During his talk, Horowitz spoke at length about Google’s new Apps Marketplace, which allows businesses using Google Apps to easily sign up for a variety of third party services like TripIt and Aviary, directly linking them to their Google accounts. He then sat down for a fireside chat with Dave McClure, who asked him about a variety of issues pertaining to Buzz, Gmail, and other topics.

Here are some of my notes from the fireside chat:

Here’s a one on one interview McClure and Horowitz conducted before the talk: