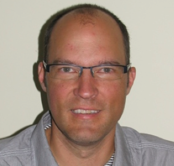 Sequoia-backed voice messaging company Bubble Motion has added a seasoned marketing exec Brad Porteus to its team. Porteus will take on the role of chief marketing officer for the voice blogging startup.

Most recently, Porteus was CMO for Elance, a service that allows for companies and individuals to hire and pay independent professionals and contractors online. Previously, he was VP of marketing for Yelp. Porteus has also served as general manager of Imagine Radio, an internet radio company that was acquired by MTV, and also worked in a marketing role at eBay.

It’s likely Porteus will be focusing his efforts on marketing Bubbly, Bubble Motion’s recently launched Twitter-like voice messaging service for mobile phones. With Bubbly, you can record and broadcast messages from any mobile device. When a users records audio messages and updates, followers can listen in whenever they want. To start voice-blogging, you enter a short code onto your phone, and start recording your messages. To follow another voice-blogger, users dial the phone number for whomever they want to follow. Whenever there’s a new audio update, followers are notified via SMS with instructions on how to listen.

Since its launch last month, Bubbly has already attracted over 500,000 users in India alone, and plans to expand to other regions in Asia within the year. Bubble Motion, which is based in Mountain View, Calif., has raised a total of $35 million in funding since the company’s launch in 2003.