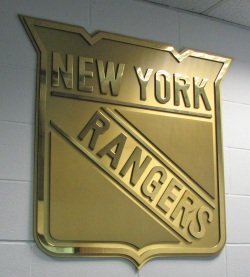 Who would have thought that the very first sport to be broadcast in 3D in the U.S. would be hockey? Certainly not me! I would have assumed “football” or baseball, sports with a proud American pedigree. But, whatever, here we are. Cablevision, the same cable company that gives me super-fast Internet (even though I get TV from DirecTV), will broadcast tonight’s Islanders-Rangers game in fancy-pants 3D. Let freedom ring!

The broadcast will be available to any Cablevision subscriber who has MSG Network (I’m not sure if that’s a premium channel these days, been a while since I’ve dealt with Cablevision on the TV side of things) and a 3D TV.

Cablevision will also be hosting some sort of viewing party at Madison Square Garden, where the game takes place tonight. We’re not cool enough to have been invited :-(

You’ll recall that Germany’s first 3D broadcast was a soccer game. The beauty of that is that I know more about the two Germany teams that were involved (Hamburg and Leverkusen) than I do about the Islanders or Rangers.

Interesting fact: The Rangers and Madison Square Garden itself are owned by a company that was spun off from Cablevision. Yes, a cable company nobody has heard of outside of the New York are owns (sorta) the most famous arena in the country. Funny how that works.