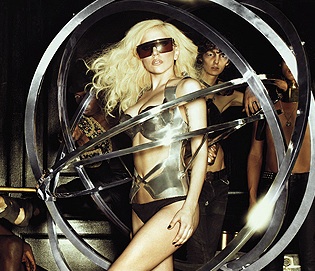 Soulja Boy’s Crank Dat might be the most-watched viral video of all time, with a collective 722 million views, but Lady Gaga just became the first artist to surpass one billion online video views across her three most popular videos: Poker Face (375 million views), Bad Romance (360 million views), and Just Dance (273 million views). Not far behind are the two trailers for the Twilight Saga movies, which have combined views of 984 million.

These numbers come from Visible Measures, which just updated its Hundred Million Views Club of viral videos. It estimates views across all the major video-sharing sites as well as embeds. There are now 65 videos with more than 100 million views, and more than half of them are music videos. Historically, that’s been the case as well.

In addition to Beyonce’s Single Ladies and and Susan Boyle’s famous tear-jerker song on Britain’s version of American Idol, a few actual user-generated videos snuck on the list. They are mostly from the “Kids Do The Darndest Things” category such as Charlie Bit My Finger Again (289 million views) and David After Dentist (113 million views).