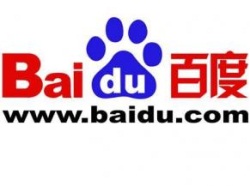 Baidu shareholders are likely loving Google to death right now. The Chinese search engine company’s shares are soaring, surpassing the $600 price mark this morning for the first time since it started trading on the U.S. public markets in August 2005.

Google, in case you haven’t heard, shut down its Chinese search engine two days ago in response to the widely reported cyber attack on Google in December 2009.

Baidu’s stock price jumped yesterday too, after investment firm Kaufman Brothers upgraded shares from hold to buy and raised its price target to $690 on expectations for the Chinese company to pick up the market share in their home country that Google will probably lose.

When you look at Baidu’s stock performance over the last 3 months, the jump is even more notable: its lowest price point this year was $386.5 (on 12 January 2010) while recent trading puts the value at no less than $606 per share. That’s more than triple the stock registered a year ago, and it puts Baidu’s current market capitalization at about $21.1 billion.

The recent surge in shares can not be 100% attributed to Google’s withdrawal from China, however: Baidu already had double its market share in China even before Mountain View publicly disclosed its plans to possibly shutter its Chinese operations, and Baidu is now operating the third largest search engine in the world. Baidu also recently co-invested $50 million in a giant online shopping mall, and raised another $50 million for its new online video endeavor in China, so it’s poised for growth in other areas than search.

Still, Baidu is clearly benefiting as Google backs away from China.