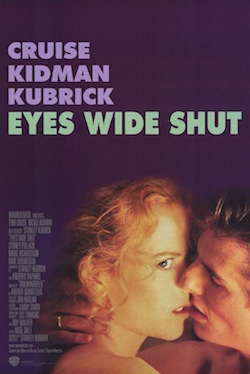 When’s the last time you were at a Blockbuster?

For me, it’s been a few years. And it’s been several years since I was going regularly. And I was only doing that because the then-Viacom-backed-giant drove the mom and pop video stores out of business in my community. I have no desire to ever step into a Blockbuster store ever again. But Warner Bros. sure wants me to.

Today, Blockbuster announced it has reached a deal with Warner Bros. to ensure the studio’s new titles would be available in Blockbuster stores and by mail the day they are released on DVD. This is significant because Warner recently negotiated deals with Blockbuster rivals Netflix and Redbox to give them such access only after the movies have been available to purchase on DVD for 28 days. In other words, Warner just screwed Netflix and Redbox.

So why would Warner do such a thing? Well, in their release, they make it sound as if the two sides have long been friends (BFFs for over 25 years!) and they want to continue that relationship. But the reality is more complex.

Obviously, this all boils down to money. The financial terms of the deal aren’t stated, so it’s hard to know if Blockbuster is actually paying more than Netflix would have (more on that below). But regardless of that, it seems to me that the line of thinking by Warner may simply be to pretend it’s the early-to-mid 2000s and the DVD business is booming.

Back then, Blockbuster dominated rentals and more importantly for Warner, DVD sales were on fire. In fact, in quite a few cases, studios were making quite a bit more off of DVD sales than off the box office take for a film. DVDs became the golden calf of the industry.

But over the past few years, that calf has been slaughtered. Warner clearly believes it’s because of services like Netflix and Redbox make renting movies too easy, and thus, decrease the need to buy DVDs. That’s true, but Warner’s response is faulty logic at best, and idiotic at worst.

The truth is that the vast majority of movies have never been worth owning. People were only buying them in droves over the past decade because renting from Blockbuster (driving to the store, paying late fees, etc) was a pain in the ass. Once an easier and more convenient way to rent came along (Netflix), consumers awoke to the realization that there are very few movies actually worth owning. But even if it wasn’t Netflix that came along, some other method of distribution (such as the Internet) would have, and DVD sales still would have shrunk.

So now, Warner is cutting preferred deals like the Blockbuster one in an attempt to make renting movies more of a pain in the ass once again. Brilliant.

But still, why not give Blockbuster the same raw deal they gave to Netflix? I’d imagine part of it is because Blockbuster has all those retail stores that sell DVDs as well as rent them. The availability of new releases (which again, Netflix and Redbox won’t have) will get people into the stores, and in Warner’s logic, get them potentially buying DVDs from there.

And there’s another reason: Blockbuster itself is a wounded calf. The company recently warned that it may have to file for Chapter 11 bankruptcy as it’s drowning in debt (thanks in large part to the aforementioned stores). Warner likely got a sweet deal from Blockbuster in an effort to save the struggling company. And if, by some miracle, Blockbuster is saved, they’re likely to get that same sweet deal over and over again.

The problem with all of this is that it won’t work. People are not going to start buying DVDs like they were a decade ago, again. The window has closed. We’re moving to a time of distribution over the Internet, but rather than get out in front of that, Warner is inexplicably propping up dinosaurs like Blockbuster.

While there is validity that many consumers don’t care all that much about when a DVD is released, there are millions that do. For example, Sherlock Holmes was a very popular film this past year. When it comes out on DVD next week, neither Netflix or Redbox will have it available to rent — but Blockbuster will. Consumers will be confused as to why this is.

Short term, this may prop up Blockbuster a bit, and may even slightly boost DVD sales. But long term, money-grabbing shenanigans like this that screw consumers will only lead to one thing: piracy.