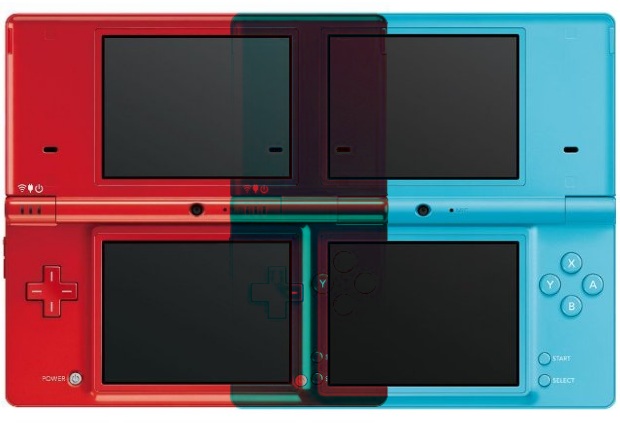 The announcement from Nintendo this morning came like a bolt out of the blue. We all have been expecting some new hardware from Nintendo, seeing as the Wii and DS platforms are getting pretty long in the tooth (despite refreshes for the DS), but a 3D handheld? This is madness! No – this is Iwata!

Satoru Iwata and Shigeru Miyamoto are two men who know what they’re doing when it comes to making games. While a few of their ideas (Vitality Sensor, Wii Music) may seem a bit bizarre to us, there’s no question that everything they do is in the name of making fun games. And you know that they wouldn’t be doing the 3D thing unless they felt they could make it fun.

There are a number of questions out there. How will the 3D be effected? Will it be faux-3D, as Kotaku wonders? Will it be lenticular lens technology, used for (eye-breaking) glasses-less 3D TVs? After all, the Wii is something less than the perfect 1:1 movement detection they wanted us to think it was. Even the newest motion control technologies are barely approaching that level. Will Nintendo just give us a “good enough” version of 3D?

We’ll find out for sure in June, and I’m guessing it’s not going to actually blow everyone’s minds. I mean, you can play tons of games in 3D right now with the right hardware, and it seems likely that the traditional control scheme (analog stick and buttons) is going to make for rather traditional games. You can’t snatch coins out of the air with your hand, or have Mario mimic your limbs’ positions exactly.

But remember when the DS came out, and everyone said the second screen was just going to be an anchor around the neck of developers? All they wanted was more power, like the PSP, people said. A second screen, who can even think of a use for it? Well, a hundred million units later, I think we ought to have a little faith in both Nintendo and the developers. Off the top of my head, I can think about a few uses for 3D in a single-player, small-screen device, but I’m guessing that there are developers out there covering whiteboard after whiteboard with sweet handheld 3D concepts. Don’t forget, you’ve got the cameras on there, too.

Nintendo is very picky about its hardware, too. The reason, I feel, why they are behind in terms of graphics, is like the reason of the Luddites: it’s not that they don’t like or want technology, but they want to weigh its potential fully before adopting it. So it is with Nintendo, who will I’m sure eventually make possible the photorealistic graphics of the 360 and PS3, but in the meantime seems to be doing just fine with the, let’s be honest, rather meager capabilities of the Wii and DSi. Likewise with the motion control system: they were pitched with the progenitor for Project Natal, and deemed it not ready for prime time, which three years ago it certainly was not (and which remains to be seen). They may have improved the Wiimote with the MotionPlus add-on, but the motion control fidelity on the Wii has been good enough to sell like hotcakes, and I’m guessing that’s about the level they’re aiming for with the 3DS.

So whatever technology it uses (and we all know it will be mocked by fanboys no matter what), we know it is at least approved by a couple guys who probably know pretty well what’s good and what isn’t. They led the charge on motion control, and now they’re starting up the “only in 3D” variety of development. And you better believe there’s going to throw a bitching Mario game into the deal. Get excited.