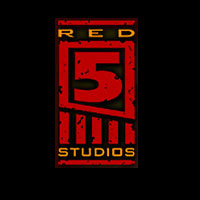 The9, an online game developer and operator in China, has acquired a majority interest in US-based Red 5 Studios for a total of approximately $20 million.

With the move, the Chinese online gaming company says it is beginning to shape its global strategy. For Red 5, the additional capital means more means and potential users for the game(s) that they’re currently developing and extra resources to effectively turn the company into a multi-game studio.

The9 Limited is a relatively unknown, publicly listed online game company located in Shanghai, China, whose business is primarily focused on developing and operating games for the Web. The9 directly, or through affiliates, operates licensed MMORPGs and casual games including Soul of The Ultimate Nation, EA SPORTS FIFA Online 2 and Atlantica, as well as its proprietary games World of Fighter and Jiu Zhou Zhan Ji, in mainland China (with more in development). The company has also obtained exclusive licenses to operate other games in mainland China, including Audition 2 and Kingdom Heroes 2 Online.

Red 5 Studios is an online game developer located in California, formed in 2006 by former executives and developers from Blizzard Entertainment.

The pitch from its corporate website is quite intriguing:

We believe that the future of games lies in connecting millions of gamers together into shared, epic, and fantastic experiences. These online communities, these tribes, are what make online gaming a richer and deeper experience than any standalone game.

We imagine bold new worlds for our players to inhabit, explore and adventure within. Original story, art, sound and code meld together into powerful and wonderful new ways creating not just games, but worlds for players to live out their heroic alter egos.

Will be interesting to see what this investment and alliance will lead to for both companies.