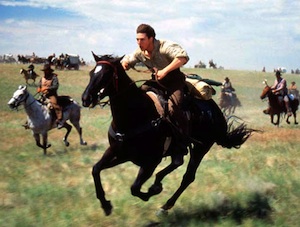 And so it begins.

This Saturday, March 27, is the deadline to get your iPad application submitted to the App Store if you hope to have it approved in time for the iPad launch on April 3. Last week, Apple began accepting submissions for the new area of the store, and it seems likely (and not surprising) that there’s a bit of a rush going on.

A few developers we’ve talked to have noted that approval times for their apps have started to drag out a bit. So far, none of the developers are too concerned about this, as it has just been a matter of a few days longer than the usual wait period. But this could point to another clogging of the App Store approval process down the road.

Last year, there were no shortage of developers complaining about approval wait times in the App Store. Apple noted at the time that the vast majority of apps were approved within a two week window, but for many developers, this was still too slow. So Apple did something about it. By the end of last year/beginning of this year, wait times in the App Store decreased dramatically. In fact, most developers seemed utterly shocked when recent apps were approved for the store within just a couple of days (and some even less time). It seems Apple both streamlined the approval process a bit, and likely made a lot more hires on the App Store reviewer front.

But the situation remains a tricky one. The more popular the App Store gets, the more apps will get submitted. And the more apps that get submitted, the longer the approval process will take. Unless Apple is willing to perpetually hire new app reviewers, the situation simply isn’t tenable. In many ways, it’s a good problem to have, but it’s still a problem. And it won’t be solved unless the App Store growth slows down, Apple finds an even better way to streamline app reviews (perhaps a trusted app developer program), or they open up the App Store (which they show no signs of doing).

For now, these delays are likely just a speed bump as reviewers focus on iPad apps to make sure a bunch are ready for the April 3 launch. But if the iPad takes off like Apple hopes it will, we could be looking at app approval wait times going through the roof again, as thousands rush to cash in on the phenomenon.