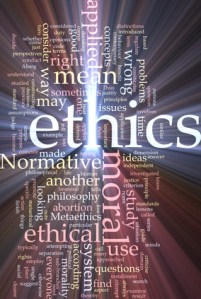 When I came to the U.S. in 1980, I was young and naïve. I used to think that corruption and ethical lapses were just a third-world ill. Eventually, I became a tech CEO and learned the harsh realities of American business. Yes, standards are much higher, and breaches are punished, but the temptations are just the same here as they are in any other country. Ethical lapses (which are a form of corruption) are quite common.  You watch stories about these on TV every other day and read about them on TechCrunch.  It was the ethical lapses of our financial institutions that threw our economy into a tailspin, and for which we are paying the price, after all.

It is best to be aware of the temptations and to prevent the lapses from occurring. As Enron, Bernie Madoff, and Lehman Brothers have shown, it’s a slippery slope. Once you start compromising your values for short-term gains, there is no turning back. Business ethics are not something you need to start worrying about when your company reaches a certain size; they need to be sewn into the fabric of your startup from the get-go. The lessons are the same for tech businesses as they are for investment banks and for third-world economies.

Harvard Business School professor Michael Beer researched the difference between companies that perform at high levels for extended periods and those that implode when they reach a certain size. When analyzing the spectacular failures in the recent financial meltdown, he found that:

Beer posited three core reasons for the failure of so many Wall Street firms in the fall of 2008: the firms lacked a higher purpose (in other words, they were focused on short-term gains, profits, and bonuses); they lacked a clear strategy; and they mismanaged their risk. Companies like Charles Schwab and US Bancorp were able to avoid the fallout by having a laser-like focus on customer service and on honesty and transparency. Neither company touched the subprime mortgage securitization market, because they saw it as risky and simply not the kind of business that served the company’s long-term interests.

Even outside Wall Street, companies like Cisco Systems, Southwest Airlines, and Costco Wholesale, with the strongest sense of higher purpose, achieved the greatest success. Take Costco. Wall Street analysts have long chastised Costco’s management for paying high wages and keeping employees around for a long time, because this results in higher benefits costs. But the company’s CEO, Jim Sinegal, lives by his belief that keeping good employees is strategic for Costco’s long-term success and growth. The company’s per-employee sales are considerably higher than those of key rivals such as Target and Wal-Mart; customer service at the stores is phenomenal and fast; and Costco continues to expand, both in number of warehouses and in products and services for business and consumer customers. The culture of the company flows downward from Sinegal and his focus on employees and, by extension, to customers.

One of the problems that Beer found with the failed banks was that their employees lacked the ability to “speak truth to power”. Employees felt intimidated by superiors; the institutions’ internal voice of conscience and purpose was silenced by a maniacal focus on short-term profits and whatever scheme would bring them in. The silencing of employees who sought to challenge strategy and risk-management practices likely also undermined the banks’ moral authority and emboldened those who already felt inclined to do the wrong thing. With a muted internal voice, these organizations lacked a moral compass. As a result, they drove off a cliff with astonishing speed. 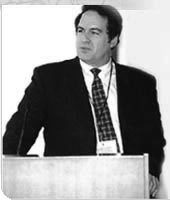 The same things happen in Silicon Valley companies.  I asked management guru — and head of the CEO Institute of Yale School of Management — Jeff Sonnenfeld for his advice on how startups can sow the seeds for building a Cisco or Costco. Here is Jeff’s advice:

1)  Create a culture of openness and welcome dissent – Internal constructive critics are your best friends — too often, founders are blinded by their own enthusiasm for their creative vision and then are surrounded by sycophants, kissing up. Founders who fall out of touch rapidly lose their ethical bearings. At Intel, founder Robert Noyce and Gordon Moore did not look for sycophantic followers in selecting the brilliant, contentious, but relentlessly honest Andy Grove as their colleague and successor. Similarly, Craig Barrett and Paul Otellini have consistently fought for different points of view internally — without undermining the enterprise, and always reinforcing Intel’s self-critical core ethic.

2)  Lead by example.  The authenticity of the leader’s character is essential — if colleagues don’t believe you, they will not take needed risks on your behalf — such as training subordinates to be able to do their own jobs.  Startups are often defined by the hip clichés of VC firms, adoring press, and HR consultants — but the startups don’t really practice what they preach.

3)  Learn from immediate peers or distant models. Too often, founders atrophy because they believe that the unique quality of their business or technological mission means that they too are truly unique in leadership values.  Steve Jobs has patterned himself after Polaroid founder Ed Land — and tried to learn from Land’s strengths and weaknesses.  Henry Ford regretfully once claimed “History is bunk” but in reality revered Thomas Edison.  Michael Dell put legendary tech entrepreneur (Teledyne) and educator Dr. George Kozmetsky on his board right from the start to learn from this brilliant then septuagenarian.

4)  Recognize your own fallibility as a leader, know your limits, and beware of the myth of immortality.  Entrepreneurs often are horrified at the thought of leadership succession. The founders of great firms such as Google, Cisco, Amgen, and Microsoft have known that they would need to prepare for a day when they no longer could be the lone day-to-day internal boss, primary external ambassador, and symbolic cultural icon. The founder of the original (pre-Starbucks) coffee house chain Chock-Full-o-Nuts started his first café on Broadway 43rd Street in 1923 and was a great national success.  Sadly, sixty years later, as a dying man who had been flat on his back for two years at Massachusetts General Hospital in Boston, he still clung to the job of leader of the enterprise, his full-time physician serving as acting president.

5)  Remember that institutional character — like a liquid cupped in your hand — is fragile; easily lost; and hard, if not impossible, to regain. Egomaniacal moves, personal grandiosity, greed, and deception create impressions that are hard to erase.  Whole Foods founder, John Mackey, sabotaged the integrity of his own exalted brand, damaging the company’s internal pride and customer admiration far more badly than any competitor could have, due to his self-inflating and his misleading “anonymous” blogging, hiding his identity through an anagram of his wife’s name, “rehodab.”

I’ll add another very important point: Establish an independent board. Venture firms often demand a majority of board seats as a condition for their investments. Conflicts invariably arise. The board begins to serve the needs of VCs and management, rather than of the company itself, which loses the independent voice to warn it not to do the wrong things. The inconvenient truth is that all board members have a fiduciary duty to act in the interests of the company, and not in their own interests. Board members must not engage in transactions in which they or their partners stand to gain. They are legally required to avoid these conflicts of interest.

Finally, remember that in business, you have to make tough choices at every juncture. Though business decisions usually have clear consequences and outcomes, ethical decisions are always hard. Making the right choice doesn’t always bring success, but ethical lapses almost always lead to failure. No matter what the consequence, doing what’s ethical and right is always the better long-term strategy.