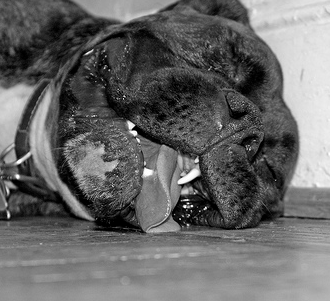 I didn’t have the same problems at SXSW this year that some people did. Was it too crowded at some events? Sure. But there were plenty of alternative things to do. Did some of the keynotes bomb? Yes. But there were plenty of other things to listen to. Did AT&T fail? No. Actually, they did an awesome job keeping the network up. Instead, I had a problem of a different kind: check-in fatigue.

Seeing as location was this year’s Twitter at SXSW, and seeing as I write a lot about location, I wanted to try to use as many of the services as I could during the actual conference. I drastically underestimated how much work that would actually be.

At first, I was using all of the services I had on my phone to check-in when I arrived at a place in Austin. This included: Foursquare, Gowalla, Loopt, Whrrl, Brightkite, Burbn, MyTown, CauseWorld, Hot Potato, Plancast, and (at certain places) Foodspotting. Even with great AT&T service, this would take a solid 10 minutes or more to check-in to all of them. And it took even longer when I’d have to pause to explain to my friends what the hell I was doing on my phone all that time.

This was at every venue we stopped at. The situation simply wasn’t tenable.

By the second day, I had cut the services I would check-in to in half. It still wasn’t close to being something I would consider doing on a regular basis. By the end of my time in Austin, I was down to using only two services — yes, the two in the midst of the “war” — Foursquare and Gowalla.

Pretty much everyone I knew in Austin were also using both Foursquare and Gowalla to send out all their check-ins. And all seemed to agree: it was still too tedious to use even just two services to do the same thing. In the end, there should be only one.

And so it should be no surprise that a few companies are already working on a solution for this problem. One is by the creators of Brightkite, who managed to obtain the killer check.in domain name. The team showed me a preview of the app at a party one night, and I immediately knew it was exactly what I needed (see a preview of it here).

And LocationFu is another (web-based) app that allows you to check-in with Foursquare, Brightkite, Fire Eagle, and Twitter simultaneously.

But there’s a problem with these solutions too. Currently, Gowalla’s API is read-only, which means you actually can’t use another app to check-in to the service. I spoke with CEO Josh Williams a bit about this just prior to SXSW, and he noted that the main thinking behind this is to maintain the user experience Gowalla is looking for (a very Apple-like argument). But, he did say that eventually he thinks they will open up a two-way API — maybe once they have time to create some best practices documentation, he noted. 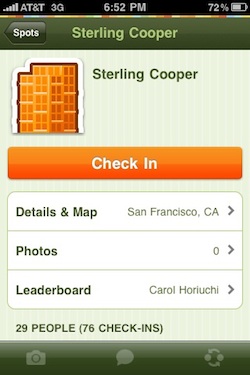 Another problem is that currently each of these check-in services has their own places database. That means that a place on Foursquare may be slightly different than a place on Gowalla, even though they’re technically the same place. Worse, there are plenty of duplicates for some venues since people are allowed to create their own. Check.in works around this place problem by doing a look-up on each service and letting you pick the correct check-in spot. But it’s a bit slow, and still seems rather tedious.

A better solution would be for the various services to adopt a standard for places. The Activity Streams group is working on such a concept. Yahoo may also be able to implement such a system on top of its WOEID system. Of course, any service that adopts such a standard would be risking at least part of their business since these place databases are one of the keys to each service.

Meanwhile, Facebook is thinking about aggregating data from both Foursquare and Gowalla for its own upcoming location implementation. Might that be the one location stop to rule them all (of course, the writing back to Gowalla would still likely be an issue)? Not if Twitter has anything to say about it.

I love that all these startups are emerging around location right now (at least a dozen more have emailed me just since I’ve been back from SXSW). But I’m starting to worry that this is going to turn into a repeat of the social wars, where we all have 15 different profiles we constantly have to update across a range of networks.

During our Realtime Crunchup last year, I brought up this issue during our panel on location. All the players on stage (including Twitter, Foursquare, Hot Potato, Google Latitude, GeoAPI, and SimpleGeo) seemed to want to say that they could all get along and play nicely together for the betterment of location as a whole. I didn’t buy it then, and I’m definitely not buying it now.

From a business perspective, it doesn’t make sense for these guys to all play nicely with one another and make it so you don’t have to use their services. The need to take steps to ensure that you will use their service, and will do so instead of a rival service. That’s the way it works, and that’s the way it has always worked. And that’s why it’s a war. Right now, it’s just the early stages where all sides are arming themselves. Soon, they’ll try to kill one another. And that may not be such a bad thing.