Total advertising expenditures fell 12.3% last year to $125.3 billion as compared to 2008, according to data released today by Kantar Media. However, Q4 2009 ad spending was off 6% against the year ago period, with nearly all media improving upon their January-September performance.

Print media were unsurprisingly hit hard, with measured ad spending in the Newspaper sector plunging by 19.7% in 2009.

You can find more figures and insights in the press release. 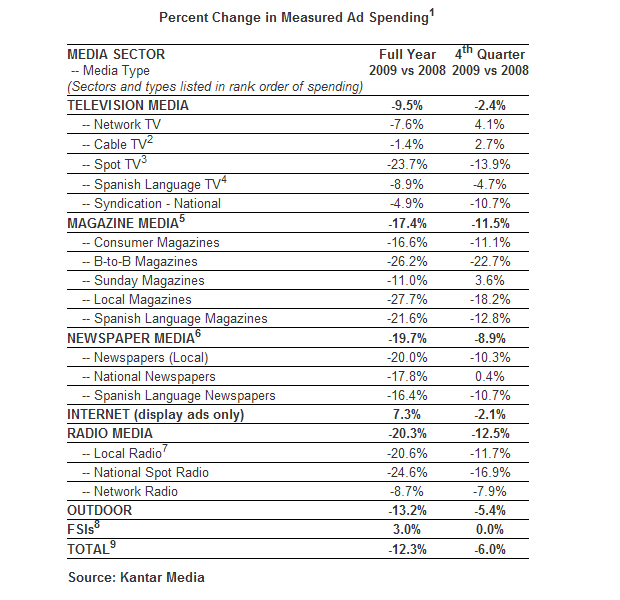