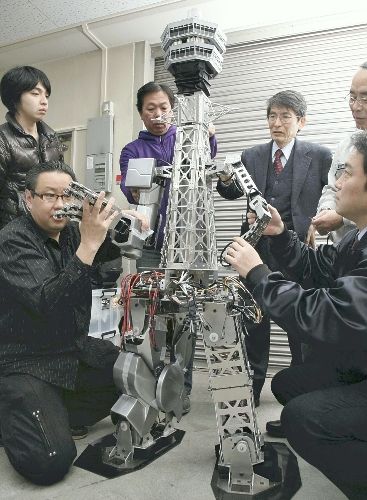 Japan has a lot of different robots so why not develop one that looks like a tower – even if it may make no sense whatsoever? That’s what a total of seven Japanese companies thought and built the Tsutenkaku Robotto [JP] (Tsutenkaku roughly translates to “tower that extends to the sky”). And as the name suggests, the robot is pretty tall: 170cm.

In fact, the makers claim their robot is the tallest humanoid ever produced. Tsutenkaku stands on two legs, is battery-powered, has 80 LEDs that help him light up and can strike poses with his arms. The main purpose of the robot is to boost the coolness factor of Osaka (Tsutenkaku is being marketed as Osaka’s own hero). 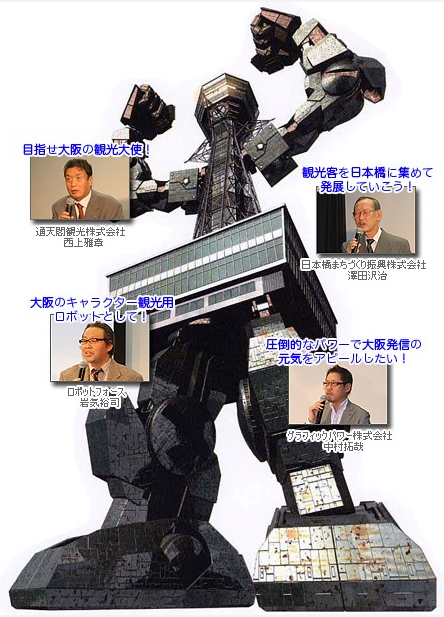 The robot is scheduled to make his public debut next week during a street festival in central Tokyo and will also be showcased during the Shanghai World Expo in May.

Watch Tsutenkaku in action in this weird promo clip (in Japanese):