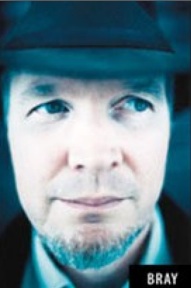 As Apple goes on the offensive against Android, it risks alienating more and more developers. Today, another prominent developer chose the opposing side. Tim Bray, the well-known software architect and blogger, is joining Google to help rally even more developers around the Android mobile operating system.

Bray is the co-inventor of the XML Web standard, and most recently worked at Sun Microsystems. In a blog post, he explains that he is drawn to Google in part because he hates the iPhone, or at least its closed and controlling environment from a developer’s perspective.

The iPhone vision of the mobile Internet’s future omits controversy, sex, and freedom, but includes strict limits on who can know what and who can say what. It’s a sterile Disney-fied walled garden surrounded by sharp-toothed lawyers. The people who create the apps serve at the landlord’s pleasure and fear his anger.

He also notes that Android is catching up to the iPhone in terms of sales:

As of now, they’re selling around 90K iPhones per day compared to around 60K Android handsets. It’s a horse race!

In February, Google noted partners are selling 60,000 Android handsets a day, and Apple sold 8.7 million iPhones last quarter, or about 97,000 a day. Android is making steady gains in market share.

Bray’s decision to throw his hat into the Android ring is just the latest example of a growing backlash among developers to Apple’s autocratic ways. Facebook developer Joe Hewitt famously quit the iPhone over similar issues. Apple cannot afford to alienate developers because, given the choice, they will shift their attention and their apps to other platforms.