We are just starting to announce the first speakers at the upcoming TechCrunch Disrupt conference in New York City on May 24 – 26.

TechCrunch Disrupt is a three-day, single-track conference and startup competition to immerse you in the debate about what’s changing in media and technology right now, what’s causing it and what we need to do about it to survive and thrive in real time. Join 2,000 or so of your closest friends to talk about what’s most important in the collision of technology and media.

Half of the event is a March Madness style startup competition. We’re sorting through hundreds of applications to find the most interesting startups launching this Spring. You’ll see live on stage demos, rapid fire Q&A sessions with expert judges from a variety of backgrounds (product, finance, team building, leadership and more) and highlights from behind the scenes mentoring sessions.

The other half of the event will put leading experts from around the world on stage to talk about the stuff that matters most in technology and media. A few of the speakers and experts are listed below. Keep an eye on the Disrupt Blog and Speaker list for more updates.

Get your ticket here. 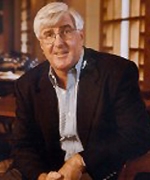 Ron Conway
Angel Investor, SV Angel
Ronald Conway has been an active angel investor for over 15 years. He was the Founder and Managing Partner of the Angel Investors LP funds (1998-2005) whose investments included: Google, Ask Jeeves, Paypal, Good Technology, Opsware, and Brightmail. Ron was recently named #6 in Forbes Magazine Midas list of top “deal-makers” in 2008 and is actively involved in numerous philanthropic endeavors. Ron is Vice Chairman of the UCSF Medical Foundation in SF, Board Member of The Tiger Woods Foundation, and SF Homeless Connect, and on the Benefit Committee of Ronald McDonald House, College Track, and the Blacked Eyed Peas-PeaPod Academy Foundation. 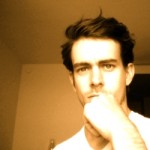 Jack Dorsey
Co-founder and CEO, Square
Software engineer Jack Dorsey is the Co-Founder of Twitter, and was the CEO until October 2008. Dorsey had the original idea for Twitter while still at Odeo, a podcasting startup which was a project of Obvious Corp. He is now the chairman of Twitter. In May 2009, Dorsey announced his latest startup, Square. Square, originally code-named Squirrel, is a mobile payment startup with both an app and a piece of hardware that allows the iPhone to accept credit card payments.

Brad Garlinghouse
President, Consumer Applications, AOL
Brad Garlinghouse is President, Consumer Applications at AOL since September 2009. Until 2008 Brad served as SVP of Communications & Communities at Yahoo, which includes the world’s most popular webmail product, Yahoo Mail, Messenger and Groups. During his tenure, Brad has also overseen the primary starting points to the Yahoo network, including Yahoo.com and My Yahoo. Prior to joining Yahoo, Brad served as CEO of Dialpad Communications. Earlier in his career, Brad led VC investments in communications and Internet businesses at @Ventures. He also spent time in leadership roles at @Home Network and SBC Communications.

Katie Geminder
User Experience and Design Expert
Katie started her career in Seattle, working to produce and publish print and web content for clients including Microsoft, Intel, and Expedia. She joined Amazon as the managing editor of the e-Cards business and led large cross-functional and customer experience initiatives including the Amazon.com Kitchen Store, re-launch of Tab Navigation, Target.com, and the Amazon Services e-Commerce platform. In 2005 Katie moved to work on the Apple Online Store team as a Sr. Manager focused on content and customer experience, collaborating with engineering, marketing, and design teams to improve online shopping for Macs and iPods. Katie joined Facebook in early 2006 and led the product management, design and user experience teams. She played an integral part in launching the News Feed and Mini Feed products, making Facebook available to all users (beyond college and high school), opening up the Facebook Platform to application developers, and the Facebook redesign. In August of 2008 she set out on building a design and consulting business with her co-founder, designer, and husband. She then rejoined Owen Van Natta at Myspace in July of 2009, a job she would leave in February 2010 after Van Natta’s departure. 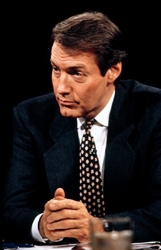 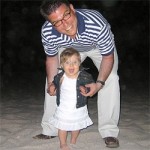 Brian Sugar, CEO & Publisher, Sugar Inc.
Brian Sugar is the CEO and Publisher of Sugar Inc., the company behind PopSugar. As CEO & Publisher, Brian Sugar sets the overall direction for Sugar Inc. Prior to founding Sugar Inc., Brian served first as Vice President of Marketing then as Vice President & General Manager of 2Wire, Inc.’s media business unit. Before joining 2Wire, Brian was founder and CEO of Sugar Media, a digital media software company, which was acquired by 2Wire in October 2003. Brian was Chief Web Officer at Kmart’s BlueLight.com, Vice President of eCommerce at J.Crew, and a founder of Neptune Interactive, a Washington, DC-based ISP. 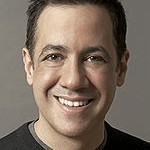 Michael Wolf, Board of Directors for Entercom Communications and iAmplify
Michael Wolf currently serves on the boards of Entercom Communications Corporation (NYSE: ETM), the fourth-largest broadcasting company in the United States, and iAmplify.com, a Web-based content publisher and syndication network and the world’s largest selection of expert video and audio downloads. He was formerly the president and former COO of MTV Networks. Michael was a Director of McKinsey & Company and head of its Global Media and Entertainment Practice. Before joining McKinsey in 2001, Wolf was a senior partner with Booz & Company, where he spearheaded its media and entertainment group. Wolf is the author of publications on the subjects of entertainment, economics, non-fiction, e-business strategies and the development of global media. His bestselling book on entertainment economics, The Entertainment Economy: How Media Forces Are Transforming Our Lives was published in the U.S. in 1999 and then globally. He is frequent contributor and op-ed columnist for newspapers, journals and business publications.