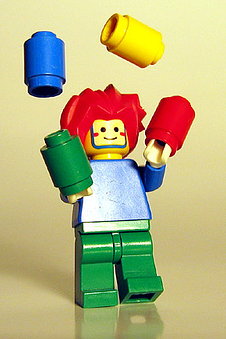 Many people (including myself) have come to the conclusion that Gmail, with its threaded messages, spam filtering, and vast storage space, is one of the web’s best webmail providers. In fact, we like it so much that we use it for both our personal accounts and work accounts using Google Apps. But that also poses a problem: many of us wind up having to maintain two separate Google accounts, which means we have to swap logins whenever our Gmail, Reader, or other data is stored under the other account. Fortunately, there may be an end in sight for this juggling act.

As today’s SXSW panel on Gmail came to a close, the panelists revealed one last juicy tidbit: they’re working to resolve the problems with multiple namespaces that users have to deal with. The team didn’t get specific — they simply repeated that they have to deal with the same problems, as they have “@google.com” accounts for work and standard Gmail accounts for personal use. And they know it’s a pain.

There’s no time frame, and we have no idea what form the feature will take. But at least we know Google is working on it.