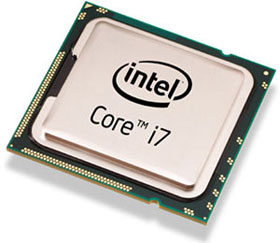 Intel cut loose some benchmarking samples of their new, top of the line CPU, the i7-980X Extreme Edition. This is not a CPU intended for the causal use, but rather aim directly at the gaming market. MSRP for the CPU all by itself is a jaw-dropping $999, and rumors are already circulating that the OEMs are already looking at coming out with systems that utilize the new processors.

The reviews are looking good too. There’s just one little problem. There’s no software out there that can really take advantage of the new processor threading yet. See, the i7-980X supports up to 6 cores, which means it’s a multi-threading monster, but if the software doesn’t support it, you end up spending a grand on future proofing. Not a terrible idea, I mean it’s not like it’s worthless, but don’t expect the your brand new smoking CPU to be all it can be until the software can take advantage of it.

Don’t take my word for it, I haven’t actually seen one of these bad boys yet, but all the reviews out there are pretty much saying the same thing.