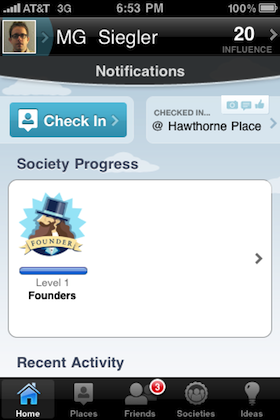 Pelago knows that just about every location-based app in the world is seeking coverage right now just prior to SXSW where they will all battle Highlander-style. So they approached me with a pretty smart pitch: curing the “social rut.” What they mean by that is these days, despite the prevalence of social networks, people are actually less social than ever because they’re being roped into playing games like Farmville and Mafia Wars for hours on end. Sitting in their rooms. Alone.

The core idea behind the new iPhone app (which launched in the store today) is that people inspire others to do things. So when you see a friend is out doing something fun, you may want to join them. Or it may entice you to go out and do something else, and hope others see it on Whrrl and join in. It’s the grouping of people with similar interests into “Societies” that is a key to Whrrl 3. For example, a basic society is that each venue in the application has its own set of “regulars.” If you visit the place enough times, you unlock the badge making you a regular, and giving you access to member-level activities, such as recommendations and specials nearby.

One of these societies, launching alongside the SXSW festival in Austin, Texas this week is the Austin Underground which “will provide members with at-your-fingertips access to the hottest parties, events, and other fun things to do at the conference,” according to Whrrl. Over 50 merchants in Austin are participating to provide exclusive offers, apparently. To unlock the membership, you have to check-in at some of the following places: Four Seasons Hotel Austin, Outback Steakhouse, Cool River Cafe, Chuggin’ Monkey, J Black’s, Red Fez and Third Base, and others.

Other key features of Whrrl 3 include Recommendations — you create these (with photos, if you choose), to let others in your social graph (or your society) know fun things to do in an area. Ideas, are recommendations served up to you from societies you’re a part of, your friends, or Whrrl’s algorithms. Fun Facts are shown each time you check-in to a venue, with information about it. And of course, there is a point system (Influence Points) that turn the whole thing into one big game. What’s interesting about Whrrl’s game is that you can get point by inspiring others to do things with the app. Points also allow you to level up in your societies for more special deals.

All of this is an extension of the “footstreams” idea that Whrrl launched last December. That’s where they also first introduced the society idea as well. The key to both of those is about real people doing real things in the real world.  That, in turn, shows what you’re interested in, and allows Whrrl to clump you into these groups with out like-minded people.

So that all sounds great, but will anyone use the app? After all, adoption has been a problem in the past and this isn’t the first time Whrrl is pivoting its product. In fact, they actually did exactly a year ago with Whrrl 2 just before SXSW.

Their main problem is convincing people to use Whrrl instead of the current location-based darlings, Foursquare and Gowalla. That’s going to be difficult because those networks are quickly building up social graphs and once those are established, users are less likely to leave. So Whrrl needs something to differentiate itself, and while their pitch to me is good, it’s an entirely different matter convincing users. And the things that would seem to help differentiate networks like Whrrl actually hurt them sometimes. For example, since location-based services are still new to so many people, it’s best to keep things as simple as possible. But Whrrl is piling on features that, while maybe cool, are likely to confuse new users.

Still, if Whrrl is able to secure some solid deals around Austin to get people using the app and checking-in, that could certainly get people using it. Of course, Foursquare and Gowalla have their own deals too. Then the problem becomes one I’ve had this past week while testing out all these location apps: fatigue. I can’t possibly check-in with each of these apps each time I move from place to place. The people I’m with have started rolling their eyes at me while I take my 10 minutes to check-in to all the different apps.

I’m not saying there can be only one. But one would sure be nice. 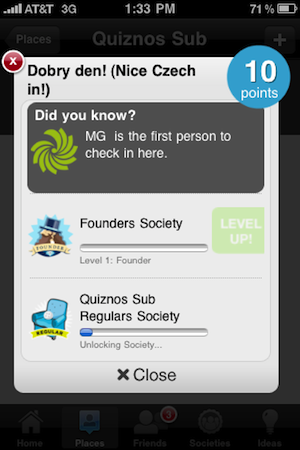 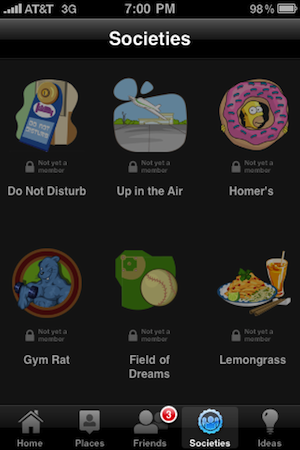