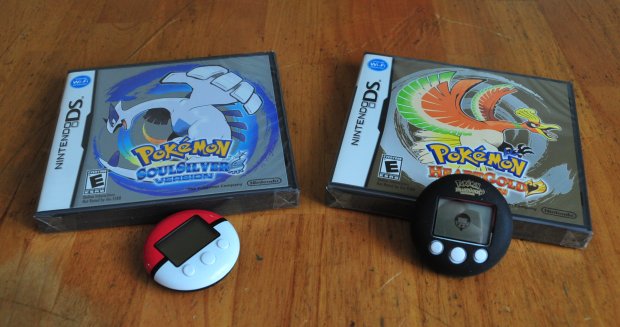 So I got a random delivery today, and I was quite surprised to see it was from Nintendo. Even more surprising was when I opened the box and saw they had sent me the two latest Pokemon games, HeartGold and SoulSilver. What was even more interesting was when I started to read the enclosed literature that explained exactly what’s new about these two games.

One of the criticisms leveled at video games is that they encourage children to sit on the couch instead of going outside. Nintendo has of course bucked this trend with the Wii Fit and other games that have been coming out recently that encourage getting up and moving around. Imagine my surprise when I saw that HeartGold and SoulSilver include something called a “Pokewalker”.

What is a Pokewalker? Well, apparently you can download your favorite Pokemon into a small pedometer that you clip to your clothing, and then you take your Pokemon for a walk. Walking your Pokemon will increase it’s happiness, help it to gain experience points, and even help you to catch other species of Pokemon. Kids (and let’s be honest, adults too) can connect two Pokewalkers to gain special gifts. I love it! 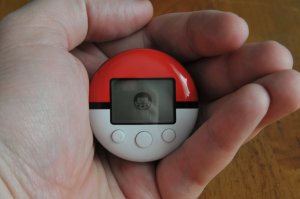 Gameplay is the same as the other Pokemon games, but feels closest to the most recent release, Pokemon Diamond. This is actually a great thing, since Pokemon Diamond is considered to be one of the best games of the franchise. I haven’t had a chance to try the Pokewalker yet, but I’ll update this story after I reach the level where I can use it.