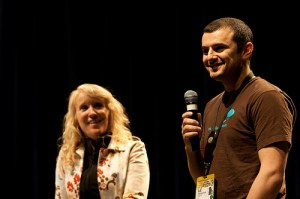 Later this week, thousands of ironic t-shirts will be arriving in Austin for the 16th annual South By Southwest Interactive festival.

At about this time, it’s traditional for tech publications to publish handy guides to “surviving SXSWi” – packed with useful advice that’s basically interchangeable with that for any other festival since the beginning of time.

“Drink plenty of water!” “Prepare for some late nights!” “Plan ahead to make sure you don’t miss anything!” “Pack sturdy shoes!” “Always use a condom!”. Useful advice for SXSWi, certainly, but also applicable for Oktoberfest, Glastonbury, Woodstock and the ancient Roman festival of Lupercalia (although for the latter, replace ‘shoes’ with ‘sandals’ and ‘condom’ with ‘sprig of silphium’).

This year, though, I decided to use my experience of past SXSWi’s to produce something more useful. A very specific and completely foolproof guide on surviving this year’s event. And here it is…

Tip One: Don’t go to South by Southwest Interactive.