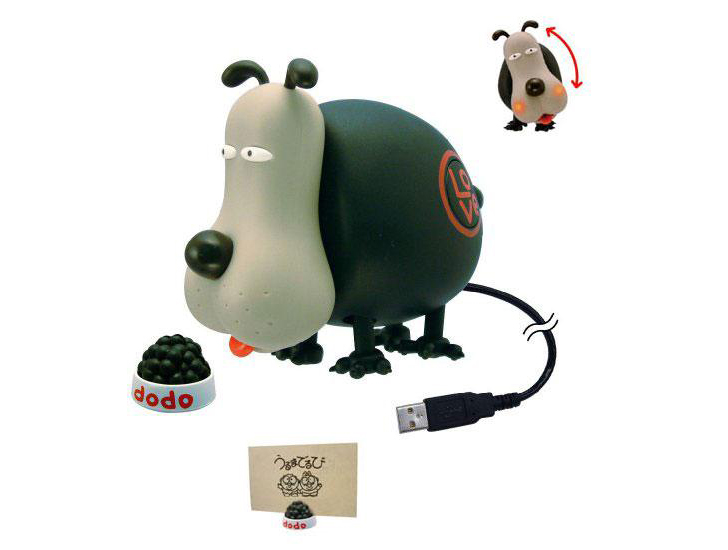 The Humping USB Dogs became so popular 2 or 3 years ago that the maker, Japan-based Cube, not only started selling the silly things internationally but also added a plethora of other animals to the line-up. And now, the same company has another USB-powered gadget ready, the so-called Dodobongo USB dog.

The Dodobongo isn’t quite as silly as its humping counterpart, as it actually starts barking and blushing once it detects a person approaching you PC. Just like the other Cube gadgets, it doesn’t offer any kind of memory. And it works with Windows PCs only.

If you’re interested but live outside Japan (Cube currently offers the Dodobongo in this country only), head over to Geek Stuff 4 U. The Tokyo-based import/export specialists list the gadget for $73.90.