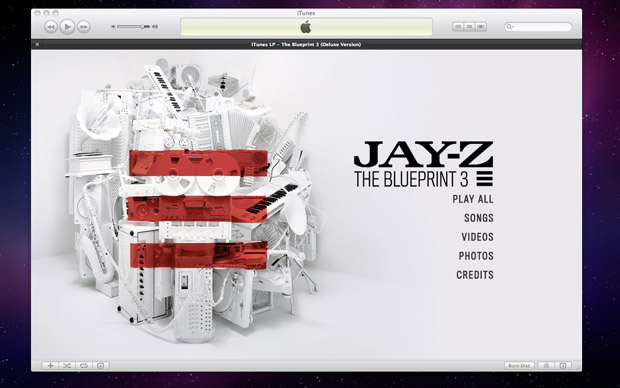 Exciting news about Apple’s iTunes LP: apparently it’s a bit of a bust! The fine folks at GigaOM had the foresight to talk to people in the music industry to ask them, six months on, how’s iTunes LP doing? Not so great, is the answer. What went wrong?

The first shocking revelation: iTunes LP wasn’t really Apple’s idea in the first place. Makes sense: why would Apple, which all but created the idea of a legal, digital music store, based on selling individual songs (read: not albums) all of a sudden be all, “Hey, albums are cool again. Buy them, and at a huge premium, too. Rather, iTunes LP was pushed by the same record labels that complained enough to get Apple to change from an all-99 cents pricing policy to a flexible pricing policy in exchange for DRM-free music.

What happened? A couple things, maybe. One, maybe, after years of getting used to cherry picking what songs they wanted to buy, people are just done with the concept of the album. Not everyone who buys music from iTunes is so into music that they’ll make 1,000-word blog posts defending the album—they just want the latest Lady Gaga song. These people have no interest in full-length albums anymore. Another reason: iTunes LP albums are expensive, both to buy and to create. One source told GigaOM that an iTunes LP album cost something like $50,000-$60,000 to create, and $20ish to buy. And what are you getting, a couple of photos and videos that you may well have found on the band’s Web site? And then there’s not too many iTunes LP albums to begin with!

Apple’s probably not too concerned. Again, this whole iTunes LP adventure wasn’t its idea to begin with, so Steve Jobs is probably like, “Whatever, dude, it’s all about the iPad. Don’t talk to me, jerk.”

There’s a larger issue, and that’s if the album is dead or not. There was a digital music thing here in New York a few weeks ago, but I was busy playing soccer with the guy from Univision. Questions like “Is the album dead?” were probably debated there. C’est la vie.