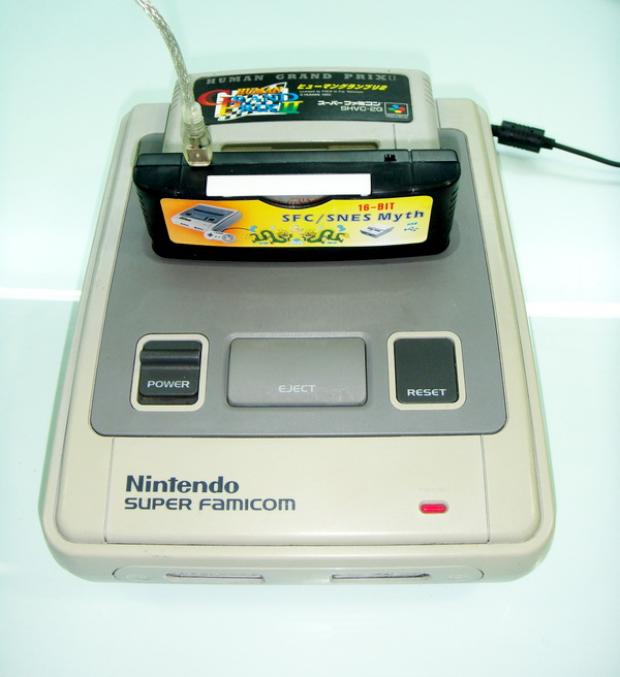 My oh my, what have we here? The “NEO SNES/SFC MYTH FLASH CART” is basically a cartridge that you pop into your Super Nintendo (you do still have your Super Nintendo, don’t you?) that’s got 256MB of onboard memory upon which you can load up ROMs. So take a tally of your legally-owned SNES cartridges, download them all in ROM form, and put all the originals in an airtight container for safekeeping.

You’ll then be able to play those games as nature intended—with an actual SNES controller on an actual TV, just like the good old days. It’d be nice if the wizards behind this project would have thrown in support for original NES games but, hey, I don’t want any trouble.

So that’s it. Go ahead and order it without looking at the price tag.