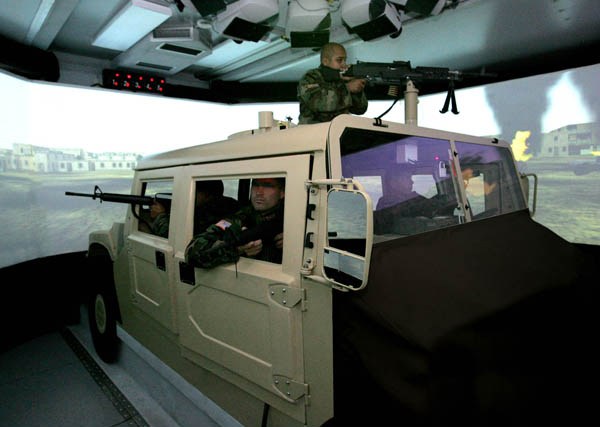 Just so you know, I’m not making light of warfare — it’s just that virtual training like this, while valuable, does remind one simultaneously of Modern Warfare and Ender’s Game. Of course, as this article notes, the current generation of potential soldiers has grown up in a digital age and expects a little Xbox with their ammo box.

Training has, since the introduction of America’s Army in 2002 (remember, everyone thought it was going to suck, and it really didn’t at all), incorporated more and more virtual or simulated training, though admittedly the technology used is decidedly last-generation still. But when you can save a million rounds of ammo by having your recruits shooting pixelated guys in a 360-degree combat room like this one, the benefits are clear.

I wish we didn’t have to send 19-year-olds into a war zone, but every advantage we can give them is helpful. And for the record, if I had to have someone watching my back while bullets whiz past, I wouldn’t mind if it was one of my old Counter-Strike clanmates.