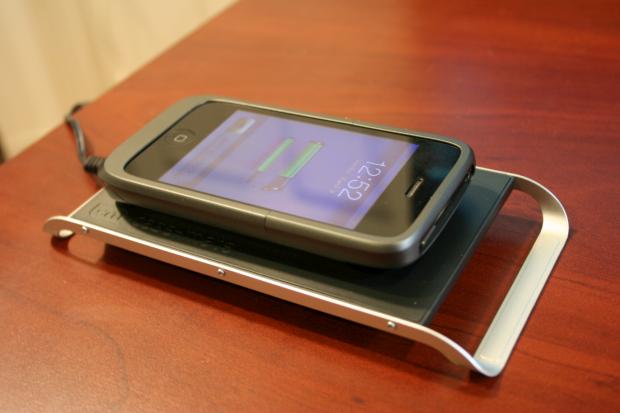 Short Version: A bit of a twist on traditional induction chargers, Case-mate’s “Hug Wireless Charging Pad and Case” attempts to offset its $100 price tag by adhering to the Wireless Power Consortium’s universal charging standard, which promises interoperability with other charging pads and devices that are developed using the same technology.

Full Review: One of the larger barriers to adopting new technology is the relatively high price tag pitted against the uncertainty of whether or not that technology will become widespread enough to spawn future devices. What’s the sense in dropping $100 on an induction charger for your iPhone if there’s a possibility you’ll switch to a different phone in the future?

Case-mate makes the plunge a bit less frightening by basing its “Hug” system upon an open wireless charging standard, the Wireless Power Consortium’s eCoupled technology (the same technology used in Palm’s “Touchstone” chargers for the Pre and Pixi lines). This theoretically means that you’d be able to charge your phone on any wireless charging surface based on the same standard—Case-mate offers a bedside table, Starbuck’s coffee table, and airplanes as examples. We’ll have to see how this eventually plays out in real life, but you get the idea.

It also means that you’ll be able to use the included charging pad to juice up any other devices that use the same standard—a different model phone with an eCoupled-enabled case, for instance. So while $100 may seem a bit steep, you’re investing in what the WPC and Case-mate hopes becomes a widespread standard. You may have to buy different cases and/or battery covers for different devices in the future, but that charging pad should be the last one you ever need to purchase (in theory). 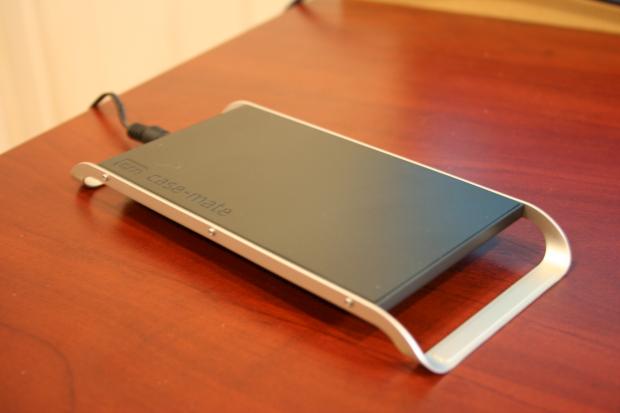 As a charging solution, the Hug system is surprisingly nimble. I was able to take my iPhone 3GS from near zero percent battery to 100% in two hours. That’s pretty good considering early induction charging systems have operated at a much slower trickle. The first one I reviewed, almost a year ago now, took overnight. That system was for Wii remotes, too, which aren’t quite as important as having an adequately charged cell phone. 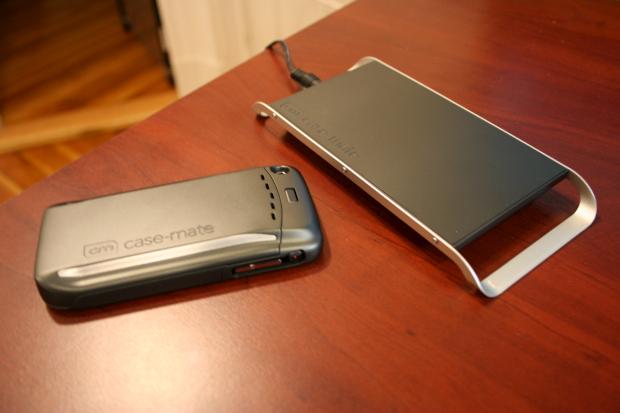 The system is comprised of the charging pad and a protective iPhone case, which Case-mate describes as “slim.” We can go back and forth all day about using slim as an adjective but I can tell you that the case added some noticeable bulk to my phone. It doesn’t feel like it’d be super protective, either. It’s made of two plastic pieces that snap together; the backing of the larger main piece feels somewhat solid but the sides of both pieces are pretty bendy. I definitely wouldn’t want to drop my phone, and let’s remember that there’s induction technology built into the case that probably shouldn’t be bumped around too violently. 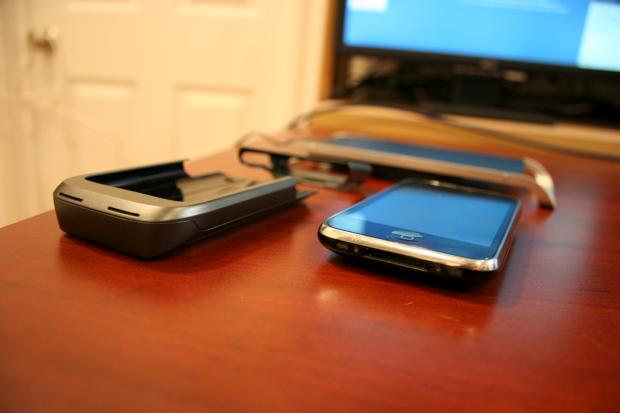 The fattest part of the case measures about 0.8 inches thick, versus an unprotected iPhone at less than half an inch thick. It’s still pocketable, though it definitely feels lumpier. 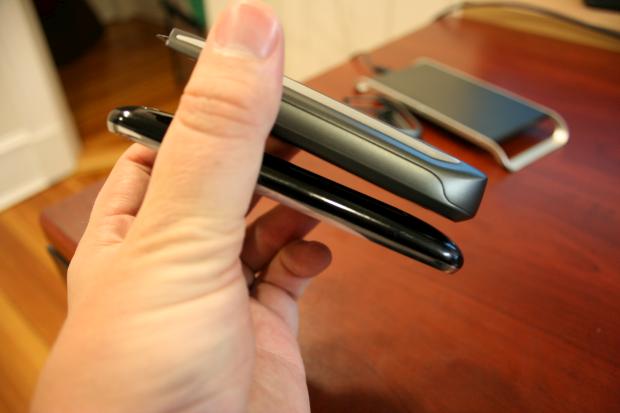 Charging time, as I said earlier, is a respectable two hours for full recuperation of an iPhone 3GS battery. I noticed a very faint, quickly repeating ticking sound as my phone was recharging and every time I’d put the case down on the pad my battery indicator would spike a few percentage points for some reason. Not a big deal either way, but it’s there.

So would I carry my phone around in this case all day long? Maybe not presently, but I’d definitely do it if all these magic charging surfaces start popping up everywhere. Absolutely. It beats lugging around cables or spare emergency batteries for sure. If the WPC really wants this standard to take off, it should give the charging pads away for next to nothing for a while. For $5 to $10 apiece, I’d put them all over my house and in my car.

For now, it’s still a bit too early to tell. The Hug is a nice example of how well the technology actually works, though, and if it reaches more widespread adoption, you may find yourself pricing out induction cases and covers for all your commonly-used gadgets. If you’re intrigued by induction charging and you’re ready to take the plunge, the Hug ought to be a safe bet provided you don’t mind the $100 price tag and the bit of extra bulk it adds. 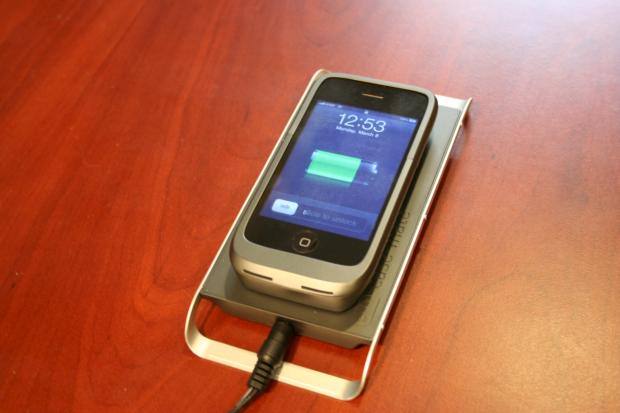