As more users participate in clocking and buying into the deals, good offers float to the top and bad offers are kicked off the system. Users can rate each advertising offer, giving it a thumbs up or thumbs down. Based on their experience, users can also write reviews and comments, which are then visible to the game’s entire community of users. Offerwall’s algorithm that sets the order in which advertising offers are displayed, allowing popular offers to rise to the top and unpopular or poorly related offers to be eliminated all together. If the user gives a thumbs down to an advertising offer, that particular offer, as well as similar offers, are never presented to that user again.

Similar to gWallet, Offerpal and others, Offerwall promises to avoid distributing spammy offers by employing a direct sales team that works with advertisers directly. Offerwall is also targeting international markets for its in-game offers and can be translated into all major languages including German, French, Italian, Spanish, Mandarin, Hindi, Vietnamese, Tagalog, and Russian. Boomerang has also built partnerships with international payments providers, tailoring payment options to the region where the deals are being offered. At launch Offerwall is being used by 50 game applications, including BarnBuddy from TheBroth and MouseHunt by HitGrab. 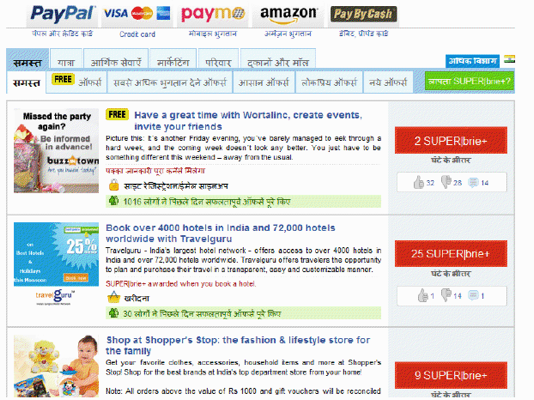