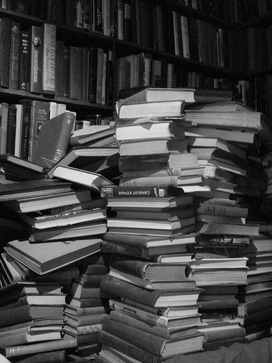 Over the last month or so, Apple has clearly been on a mission to trim down the App Store to applications that are useful and family friendly. First, it removed thousands of sex-themed applications, and it’s also been making moves to crack down on overly simplistic ‘cookie cutter‘ apps. But there may be yet another segment of the App Store on the chopping block: Books. According to a recent report, books represent 27,000 of the App Store’s 150,000 applications, making them the most abundant type of application on the App Store. And they’re becoming increasingly redundant.

Before developers get alarmed, I should make it clear that I haven’t heard anything about Apple removing the myriad book apps from the App Store. But given the impending release of Apple’s own iBooks app alongside the iPad, and the recent App Store cleanup spree, I won’t be at all surprised if they do something to change the way books are treated on the platform.

There are a few reasons why Apple might want to do this. First and foremost, there’s the user experience for new iPad users. One of the iPad’s highly touted features is its ability to read books using the new iBooks application, which serves as both a book store and a very nice looking eBook reader. But according to Apple’s website, iBooks won’t come pre-installed on the iPad. You can be sure that Apple will give its own application top billing on the App Store, but there will still be plenty of room for confusion.

Imagine what will happen when a new iPad user boots up the device for the first time and decides to buy Adventures of Huckleberry Finn, but instead of doing it through the iBooks app, they simply run a search on the App Store. There are at least 25 different standalone applications featuring the book, selling for between 99 cents and five dollars. Each of these applications has its own book reading interface, many of which aren’t nearly as polished as the iBooks app Apple has shown off. And every time the user downloads a different book from the App Store, they’ll be using yet another new interface. That doesn’t seem like the sort of user experience Apple typically strives for.

And then there’s the issue of App Store clutter. As I mentioned before, Apple seems to be focused on eliminating many of the frivolous applications from the App Store. There are plenty of high quality book applications available, but there are also quite a few — perhaps even the majority — that amount to little more than a Project Gutenberg text wrapped in an overly basic reader. Which is exactly the sort of thing Apple is tired of. Books already make up the most popular category of application on the App Store; if they keep growing at this pace, they’ll eventually represent the majority of applications available.

To be clear, I don’t think Apple is going to ban book markets like Amazon’s Kindle reader or Stanza. These generally have much more functionality than a basic book app, and eliminating them would be blatantly anti-competitive. That may not have any legal repercussions, but Apple badly needs high quality applications on the iPad to make it a success — it would be unwise to scare off major developers wary of having their app blocked because Apple has a competing product (this is one reason, I think, that iBooks is not included with the iPad).

All of that said, there are some reasons why Apple may not do anything on this front. For one, Apple is probably making a decent chunk of revenue from paid book applications, so it may not particularly care whether it gets its revenue cut from the app vendor or the publisher itself through iBooks. And then there’s the PR cost. Apple got away with unceremoniously removing thousands of ‘sexy’ applications because nobody is going to stand up and defend their right to view titillating bikini photos. But if Apple pulled thousands of books from the store, the headlines could be more damaging, with imagery of book bonfires abound (despite the fact that the same content would likely be available through iBooks).

Or Apple may find some middle ground. It could hide book apps from iPad search results and keep them iPhone-only  (though the iPhone will probably get a version of iBooks, too). It might just start blocking new book submissions but leave the existing apps be. Or perhaps it will include some kind of banner on relevant searches like “Did you know this title is also available on iBooks?”. In any case, while I am by no means advocating such a change, I suspect that if you want to download one of these standalone book applications in the not-so-distant future, you’re going to have to go out of your way to do it.

Update: As commenter Peter Cooper points out, iBooks is only going to be available in the US at launch, and some developers are working towards books that can do far more than ‘normal’ book readers (including iBooks). So there are clearly reasons to keep the Book section intact, but I still suspect changes are coming to the way Apple handles book applications (at least the basic ones). 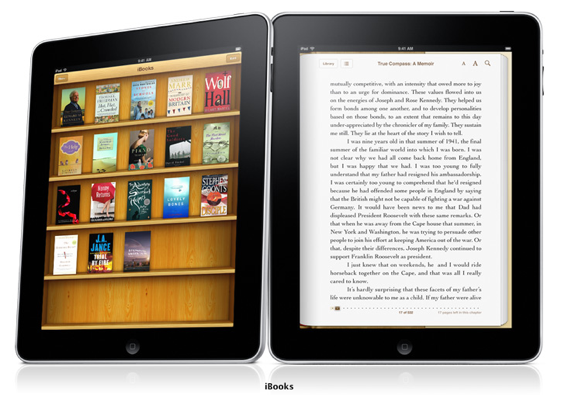