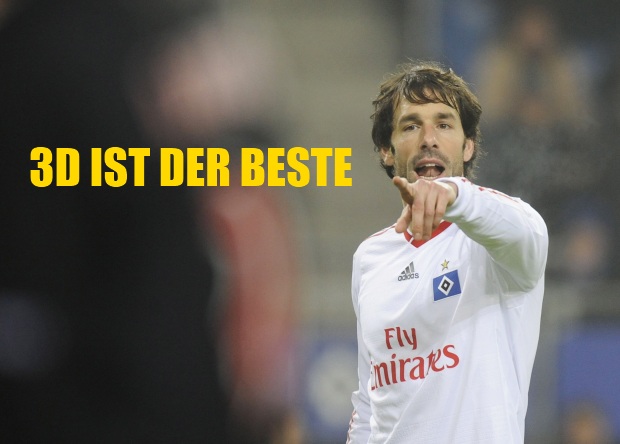 I need to move to Europe for several reasons, but the one that’s relevant right now? 3D broadcasts of top-tier football (“soccer”) leagues. Sky Deutschland has announced that it will broadcast the March 14 match between Bayer Leverkusen and Hamburg (that’s the second place team versus the fourth place team). Lucky devils.

To view the broadcast in 3D glory—I use the term “glory” lightly since 3D TV is still sorta “meh,” based on what I saw at CES in January—you’ll obviosuly need a 3D-capable TV, and those things cost an arm and a leg.

Sky is also putting together some sort of invite-only viewing party in Munich. In attendence will be Franz Beckenbauer, a former German soccer player. He was so good he was nicknamed Der Kaiser.

Don’t forget that ESPN will also broadcast at least one World Cup game in 3D this year. Since I’m not made of money, there’s zero chance I’ll be able to view it, but if any of you are investment bankers I will more than happily invite myself to your house to watch the game in 3D.