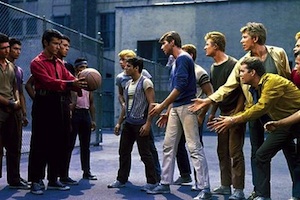 Last year at the SXSW festival in Austin, Texas, both Foursquare and Gowalla had their public unveilings. This year, with each rapidly gaining adopters (and mainstream interest), the two will likely battle it out for geolocation supremacy, along with a range of other competitors. And both Foursquare and Gowalla have already begun position themselves for the big battle.

A few days ago, Gowalla rolled out a completely redesigned website. Notably, the new main page features an easy-to-understand explanation of what the service is (check in, share with friends, enjoy rewards), as well as large icons to show users where to download the app on various mobile devices. It also features a “Live on Gowalla” continually updating stream of check-ins. And it has an area for “Featured spots.”

Meanwhile, users’ Passport pages (basically, your profile), have been revamped as well. Big icons show the spots you’ve visited, and you can also more easily see where your friends have recently been. It’s also more obvious when you have new friend requests, as the number you have are now badged in the “Friends” tab. In this tab, there is also an easier way to turn on and off push notifications if you have the iPhone app set up.

Simply put, this updated site looks amazing. Gone are much of the dark green hues which many users found ugly (me included); they’ve been replaced by a “remixed” light green look. The site remains much prettier than its chief rival, Foursquare, and apparently there’s more changes comes. “This is part 1 of the redesign. There is much more to fix,” Gowalla co-founder Josh Williams notes on Twitter. 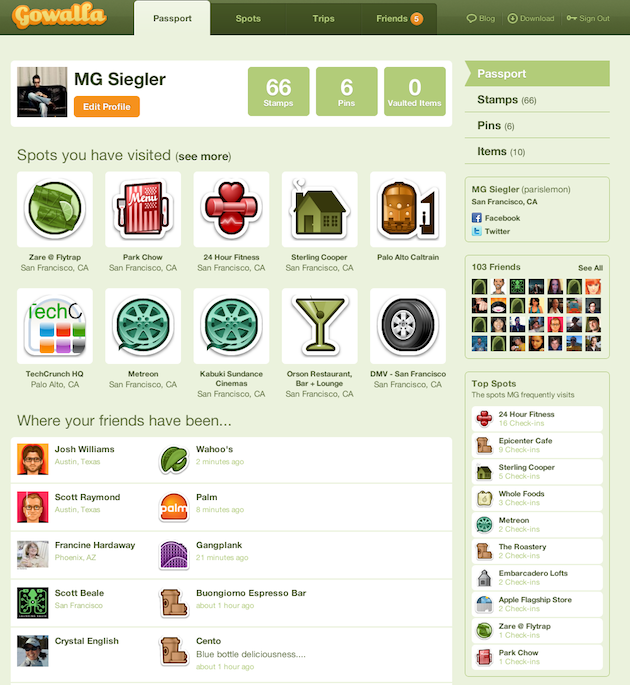 Meanwhile, Foursquare isn’t content to rest on its quickly-expanding laurels. The site has just rolled out a new “categories” element to places. You can find this in the “History” area on the Foursquare website, as blogger Wes Novack notes. On this page, venues have a new question mark icon next to them and hovering over that will give you the option to assign the place to a category.

Depending on the type of category, there may be multiple subcategories to better define what type of place the venue is. These category labels then show up on the individual venue pages on the Foursquare website, just above the Tag area.

It’s not yet clear what exactly Foursquare plans to do with these categories, but an obvious answer is recommendations. For example, if you said you were looking for a wine bar close to your current location, with categories, Foursquare could easily serve that up. In that regard, it may be taking on Yelp more directly, after Yelp fired a shot across Foursquare’s bow earlier this year with the new check-in functionality (which Foursquare didn’t like too much).

And this new feature is just part of the larger set of features Foursquare hopes to roll out in time for SXSW, which starts next week. When I asked co-founder Dennis Crowley about the new feature, he wrote, “it’ll make sense – trust me.” 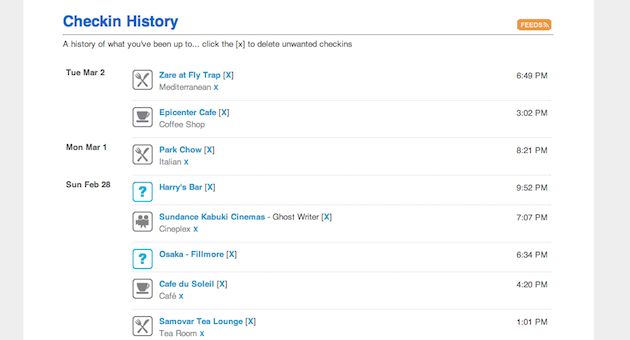 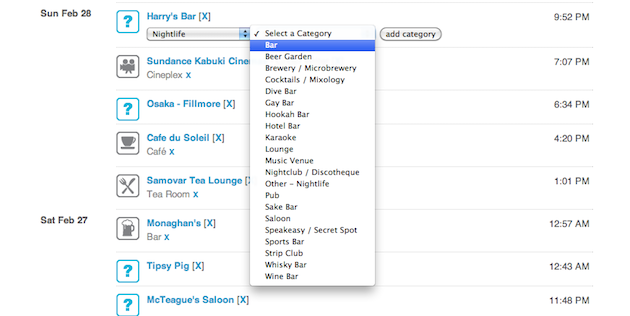 Gowalla recently rolled out an updated version of its iPhone app (1.5), which doesn’t have many new features but promises to get users ready for the updates about to come. They also have an early version of their new Android app out in the wild. Meanwhile, Foursquare is said to be working on a new iPhone app in time for SXSW also. And that will undoubtedly take advantage of the new functionality being added.