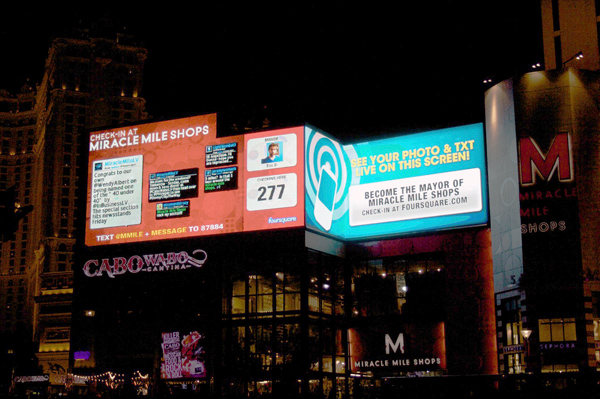 Foursquare may still be relatively small (around 450,000 users), but wow have they been able to woo certain areas of the mainstream quickly. We already know about the deals with Conde Nast, Marc Jacobs, the New York Times, and others — some of which are pulling in revenue. And then there’s the Bravo deal, which has already included a commercial spot. But now, Foursquare is getting love in the bright lights of Vegas.

Yes, the pictures above and below were taken at the Miracle Mile Shops attached to the Planet Hollywood hotel in Las Vegas. As you can see, the huge ads entice users to check-in at the mall. If you do so, they might highlight your check-in, any tips, and even show who the current mayor (the Foursquare user who has checked-in most often) of the mall is prominently.

Planet Hollywood was actually one of the first venues to take advantage of the “check-in deals” that Foursquare has been offering for some time now. These deals allow visitors who visit the venue and check-in to get something like a free drink.

These ads were apparently done with the help of place-based social media site, LocaModa. 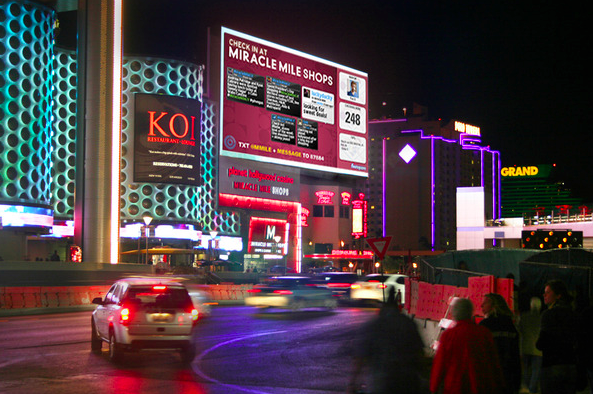 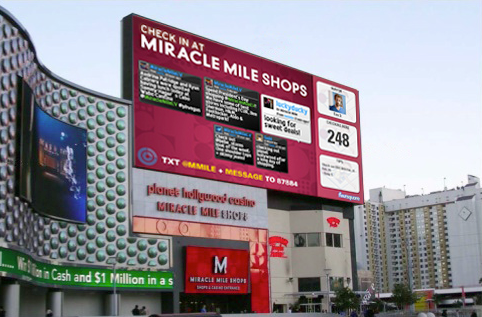