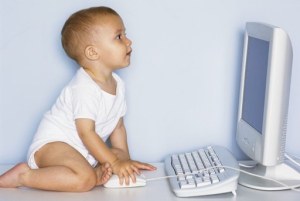 I was out of the country for much of 2009, so it wasn’t until I spent two months back in San Francisco that I noticed a big change in the Web community. Babies. I’m not talking about whiny Millennials coming out of college and demanding venture capital for their iPhone app. I’m talking about actual babies. The ones that crawl around the house wearing diapers.

In 2006, I co-wrote a BusinessWeek cover story on the then-burgeoning Web 2.0 movement, and one the hallmarks of the scene was a sense of having been burned by the dot com boom and bust. That was when many of the leaders, investors, and foot soldiers of the Web 2.0 movement had moved to Silicon Valley and had their first taste of startup life. As a result many of them, like Max Levchin of PayPal and Slide or Evan Williams of Blogger and Twitter, had lived a rollercoaster of wild life experiences when it came to business—takeovers, ousters, commanding millions in venture capital, but not much in the way of traditional “life experiences.” You know marriage, kids, and the like. Despite having net worths in the millions of dollars, many of them didn’t even own a house. Many didn’t think they had time.

My, how that has changed. The 30-something Valley generation that moved to the Valley fresh after college, stuck out the crash and got in early on the Web 2.0 movement are now married and having babies. Lots of them.

Examples include not only Levchin and Williams, but Jeff Veen of Adaptive Path and now Small Batch, Narendra Rocherolle of WebShots and The Start Project, James Hong of HotorNot, Jason Calacanis of “the Jason Nation,” Caterina Fake and Stewart Butterfield of Flickr and now Hunch, Ben and Mena Trott of Six Apart and more. At a recent dinner party at our house, my husband and I looked around the table and realized for the first time in a decade in the Valley we were the only ones without a babysitter. Recently married Phillip Kaplan of FuckedCompany.com/AdBrite/Blippy told me he had big news at lunch the other day and my immediate question was, “Are you having a baby?”

“No,” he replied. “But given my friends, good guess!” (A few others are expecting but I’m not outing them here. That’s private. RIP Valleywag.)

I’ve asked a few people what caused this about face, at a relatively late stage of life compared to elsewhere in the US. Many said it’d taken them a while to find “the one” and once they did, a baby felt right. Many others had gone through the insanity of the dot com bubble, the brutal crash, and then jumped back on the treadmill for Web 2.0. Now in another recession, it just seemed like there should be something more.

This kind of thinking would be anathema a few years ago, but several entrepreneurs have said in private conversations, “This current company could go under, but I still have my family.”

To anywhere else in the US, this may sound “So what? People have babies all the time.” But in the Valley, this is a staggering injection of work-life balance into the 24/7 Web space. Perhaps it’s just the reality of this generation getting older. After all, the still early-20s Mark Zuckerberg isn’t having kids, neither is the still-acting-in-his-early-20s Kevin Rose. But given the supernova of the late 1990s, it’s a big population of Web influencers and taste-makers that are all of the sudden cooing and speaking in baby-talk.

What does this mean? For people like me, who live here, lots of little things, like kids birthday parties and chats about diaper rash. But for the Web, it means something too. This generation has always designed out of need, they’ve built things they’d like to exist. My bet is that in the next five years we’re going to see a boom of baby and kid Web and gadget ideas, as the people with the most clout (and in some cases, money) in the Web world start to realize how the rest of 30-somethings in America live.