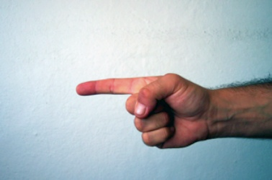 Earlier this week, news broke that the EU was opening an antitrust investigation into Google — and Microsoft’s fingerprints were all over it. One of the three companies filing complaints about Google is owned by Microsoft, while another is a member of a group that’s partially funded by them. Google promptly responded to the inquiry with a blog post called “Committed to competing fairly” that gave a brief overview of how its search rankings work.

Today, Microsoft has written a blog post that admits that it played a part in instigating the inquiry, stating that “complaints in competition law cases usually come from competitors.” And it’s also accusing Google of “telling reporters that antitrust concerns about search are not real because some of the complaints come from one of its last remaining search competitors.”

Microsoft’s post, which was written by VP and Deputy General Counsel Dave Heiner, details some of the company’s recent discussions with the European Commission and US DOJ, which have revolved around the Microsoft/Yahoo search deal (which, in turn, led to talk about Google’s allegedly anticompetitive practices). Heiner also notes that Microsoft has been directing other “concerned companies” to competition law agencies.

Here are some of the more interesting passages:

As Google’s power has grown in recent years, we’ve increasingly heard complaints from a range of firms—large and small—about a wide variety of Google business practices. Some of the complaints just reflect aggressive business stances taken by Google. Some reflect the secrecy with which Google operates in many areas. Some appear to raise serious antitrust issues. As you might expect, many concerned companies have come to us and asked us for our reaction and even for advice. When their antitrust concerns appear to be substantial, we suggest that firms talk to the competition law agencies. (Complaining to Microsoft won’t do much good.)

Both search and online advertising are increasingly controlled by a single firm, Google. That can be a problem because Google’s business is helped along by significant network effects (just like the PC operating system business). Search engine algorithms “learn” by observing how users interact with search results. Google’s algorithms learn less common search terms better than others because many more people are conducting searches on these terms on Google.

These and other network effects make it hard for competing search engines to catch up. Microsoft’s well-received Bing search engine is addressing this challenge by offering innovations in areas that are less dependent on volume. But Bing needs to gain volume too, in order to increase the relevance of search results for less common search terms. That is why Microsoft and Yahoo! are combining their search volumes. And that is why we are concerned about Google business practices that tend to lock in publishers and advertisers and make it harder for Microsoft to gain search volume.