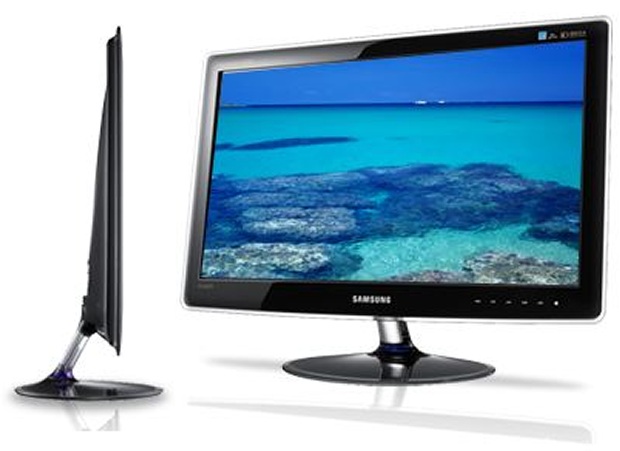 Short Version: Samsung’s SyncMaster XL2370 is a 23-inch LED backlit monitor that retails for around $300. At under eight pounds and less than two inches thick, there’s a lot to like here.

With traditional 23-inch LCD monitors starting at around $200, is it worth an extra $100 for an LED backlit screen? Samsung’s offering consists of a bewilderingly thin and light frame, nice rich colors, and quick 2-millisecond response time for gaming. You’ll give up VESA mounts, built-in speakers, and tactile adjustment buttons, but if those things aren’t important to you, the $300 Samsung SyncMaster XL2370 makes for a very compelling purchase – especially if you’re looking for something that won’t take up much space and is easy to move around.