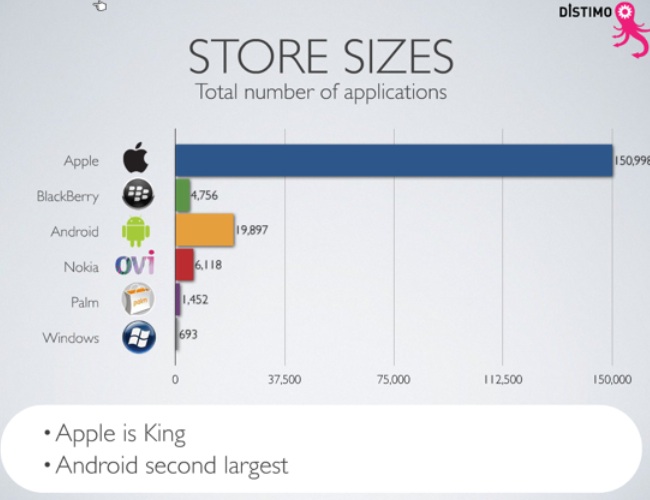 At recent the World Mobile Congress in Barcelona, mobile app analytics startup Distimo gave a presentation with some other interesting comparisons, such the relative size of the iPhone App Store (150,000 total apps at the time) compared to the Android Market (20,000) and Blackberry (5,000) others.

It showed that in January alone, the Apple App store grew by 13,865 apps versus 3,005 new Android apps, 734 new Nokia Ovia apps, and 501 new Blackberry apps. Android was the fastest growing App store and the Android market has more free apps (57 percent) than Apple (25%) or any other mobile app store (full slide deck embedded below). 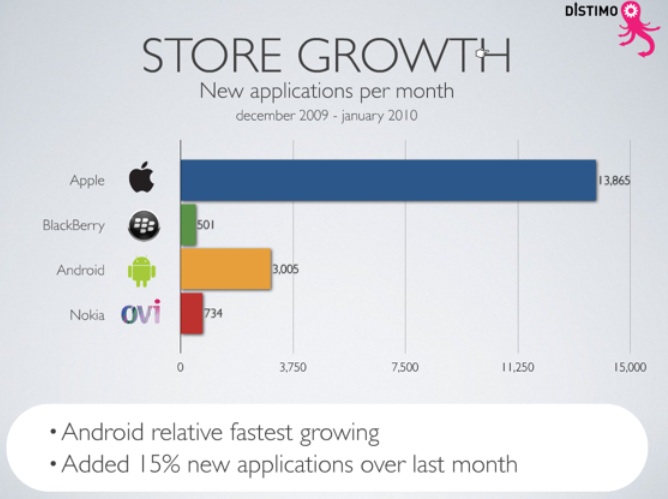 By far the most popular category in the iPhone app store is games. Distimo reported that 58 percent of all apps in the App Store are games. And in a new report that just came out today (download it here), Distimo breaks down the game apps further by price, category, and which ones sell the most. 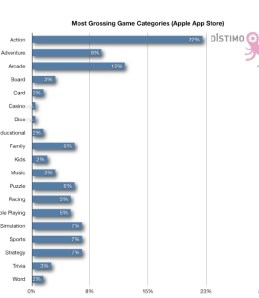 While the biggest category is Puzzles (15 percent), Action and Arcade both come in second with 11 percent each. The average price of a paid game in Apple’s App Store is $2.24, much cheaper than Blackberry games ($4.60) or Windows Mobile games ($4.90), and a little bit above Android games (2.08). 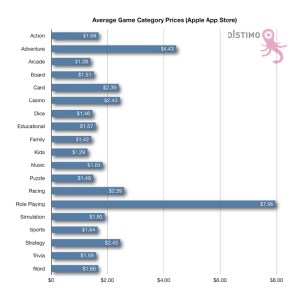 So the top-grossing games are not necessarily the ones with the highest price points, especially as game developers switch to free or 99-cent games with in-app purchases. According to Distimo, Tap Tap Revenge 3, which became free and upsells songs via in-app purchases grossed more in January than the FIFA 2010 soccer game, which sells for $6.99. Quality games can still command higher prices, but getting players to pay more over time seems to be the strategy many top mobile game developers are pursuing.