Google News is testing out a new design, as I reported earlier this month. It includes trending topics on the left and new personalization options. But today someone in the bucket test noticed something different. The sharing options changed. Each story can be shared via email, Google Reader, or Facebook.

Most people won’t see this. It is just in a limited test. But it does suggest that Google is starting to seriously think about ways to drive more sharing of content across the Web. But why push content to Facebook and not to Twitter? And for that matter where is the Google Buzz button?

Of course, sharing to Google Reader is the same as sharing to Buzz (that’s how sharing works on Buzz), but Google should push the Buzz brand here if this feature ever becomes widespread. Google Reader itself has long had many sharing options, including the ability to send posts to Facebook, Twitter, Digg, Delicious, Blogger, and StumbleUpon. It’s about time Google News got better sharing options as well. Currently, the only sharing option is via email.

The fact that Google is testing with Facebook is also interesting, and shows a growing embrace of its social rival. Some Facebook updates are now appearing in Google’s realtime search results. In which Google product will Facebook turn up next? 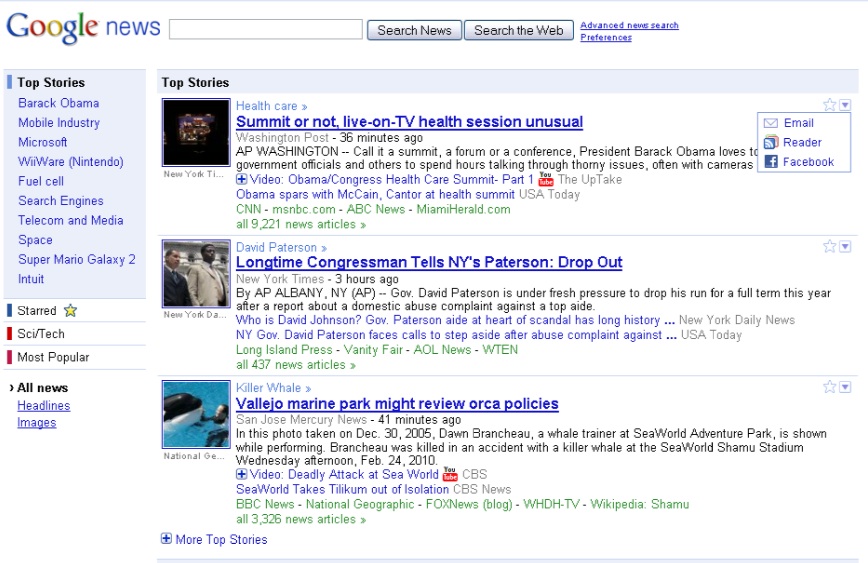