We’ve been getting a number of tips about the Google App Engine API being down hard, causing a good number of third-party services who depend on it to fail or be downright inaccessible. A quick check on API-status, which tracks that sort of thing, confirmed the service disruption.

The outage was also confirmed by the App Engine team in a Google Groups discussion, making it clear this wasn’t a scheduled event:

Since 7:53am PST, App Engine has been experiencing an unexpected outage affecting the majority of App Engine applications. The team is working quickly to correct the cause and will have an ETA on the fix shortly. Please watch this thread for updates. We sincerely apologies for the inconvenience.

This isn’t the first time this has happened – in July 2009 the platform went down for some 6 hours. We’ll update when it comes back up this time.

(Thanks to everyone who sent this in) 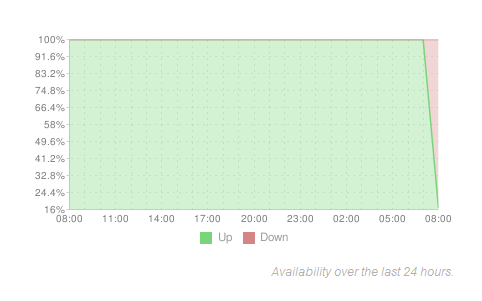